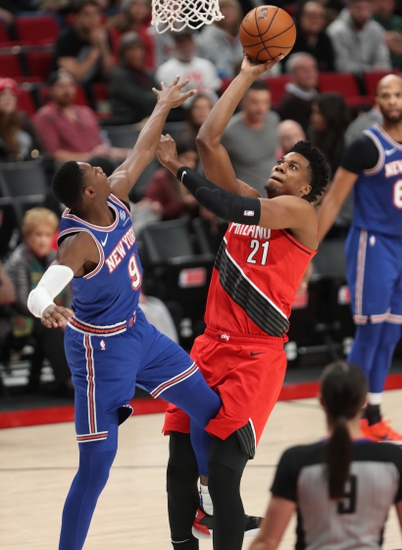 Trail Blazers are 10-5 ATS in their last 15 games against New York.

The under is 6-3 in Knicks last 9 games vs the Western Conference.

Portland has dominated this series, winning 8 of the last 10 matchups.  It looked like the Trail Blazers were turning the corner, having won 4 in a row.  However, since that win streak, Trail Blazers have lost 4 in a row.  Portland has a very good starting lineup, but the issue is the bench.  Portland is not a very deep team, with some of the injuries the team has been dealt with.  The Knicks have won 2 games in a row, snapping their 3 game losing streak.  Portland is averaging 9 more points offensively, while giving up 2 more per game than New York.  The Trail Blazers have the better offense and have done well ATS in their last 15 against the Knicks.  The Knicks have been poor at home, going 4-12 and having lost 8 of their last 9 games at home.  Trail Blazers get it done on the road.  Final score prediction, Trail Blazers win and cover, 111-104.