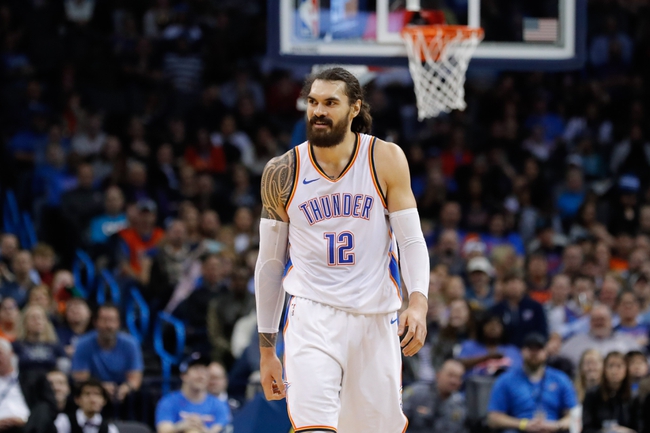 The Chicago Bulls head to Oklahoma on Monday for a game against the Oklahoma City Thunder in a matchup of teams from the Eastern and Western Conference.  In their last game, the Bulls defeated the Los Angeles Clippers by the score of 109-106.  Zach LaVine led the Bulls in points on the night with 31 while shooting 11 of 21 from the field and 5 of 6 from the free throw line.  Lauri Markkanen led the Bulls in rebounds with 17, with 2 coming offensively. Tomas Satoransky led Chicago in assists on the night with 5 in the 28 minutes that he played against the Clippers.

The Bulls enter Monday’s game with a record of 10-18 and are currently sitting in 4th place in the Central Division.  Zach LaVine has been the Bulls leading scorer on the year and is averaging 22.6 points per game.  Wendell Carter Jr. has been Chicago’s leading rebounder as he as averaged 9.8 rebounds per game.  Tomas Satoransky has led the Bulls in assists per game on the year and is averaging 5.3 assists per game.  The Bulls enter Monday’s game with 2 players listed on their injury report as Chandler Hutchinson and Cristiano Felicio are listed as out.

The Oklahoma City Thunder welcome the Chicago Bulls to town after losing their last game by the score of 110-102 against the Denver Nuggets.  The Thunder were led in points by Dennis Schroder who recorded 22 points on the night while shooting 8 of 17 from the field and 2 of 2 from the free throw line. Steven Adams led the Thunder in rebounds against the Nuggets as he recorded a total of 14, with 6 coming offensively.  Chris Paul led Oklahoma City in assists with 10 in the game while playing a total 34 minutes.

Oklahoma City is now 11-14 on the year and are in 3rd place in the Northwest Division.  Shai Gilgeous-Alexander has been Oklahoma City’s driving force on offense as he is leading the team in points per game with 18.5.  Steven Adams has been the Thunder’s most productive rebounder and is averaging 9.5 rebounds per game.  Chris Paul continues to have a stellar career and is currently leading the Thunder assist man as he is averaging 6.3 assists per game.  The Thunder enter Monday’s game with 1 player listed on their injury report as Terrance Ferguson is listed as out.