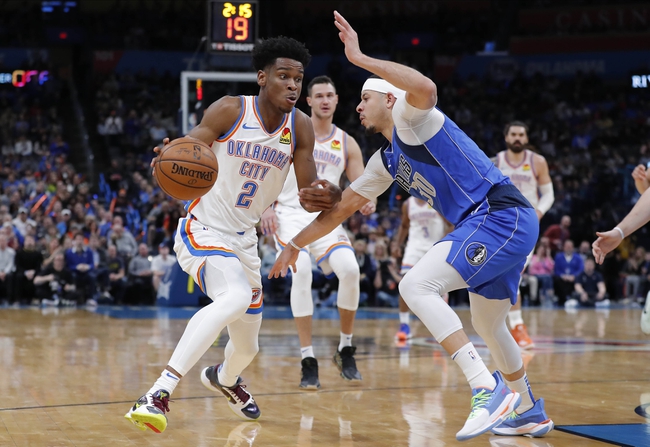 The Dallas Mavericks go to Oklahoma City, Oklahoma to take on the Oklahoma City Thunder at the Chesapeake Energy Arena on Monday. The Mavericks are coming off of a loss to the Utah Jazz, but still winning three of their last five games as well as winning six of their last ten games.

The Thunder are on a five-game winning streak, as they defeated the Minnesota Timberwolves in their last game. The Thunder have won seven of their last ten games.

The Thunder are 28-19 on the season and have proven to be a fighting team, playing much better than most had thought. The Thunder were considered one of the candidates to tank, but they have shown a ton of promise and have a bright future with Shai Gilgeous-Alexander as the face. With the winning streak, the Thunder look to be a team that could rise up the standings very quickly.

Emotions will be running high in this game, as the NBA will still be mourning the death of Kobe Bryant. It's always difficult to choose a game when there's going to be so much emotion, and maybe players head is not in the game, and their minds are on other situations. This is certainly a game that could likely have that happen. The likes of Luka Doncic and Chris Paul could have phenomenal games to pay tribute to Kobe Bryant, or they could not, due to emotions being too much. However, with everything likely being the way that it is, and every player playing, I see the Dallas Mavericks taking this one with a massive game from Luka Doncic. Final Score Prediction, Dallas Mavericks win 121 - 114.