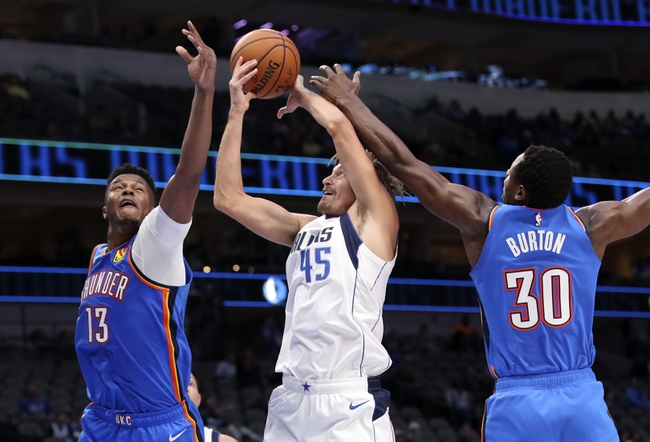 The Dallas Mavericks go to the Chesapeake Energy Arena on Tuesday to take on the Oklahoma City Thunder in Oklahoma City, Oklahoma. Dallas Mavericks are coming off of it a loss to the Los Angeles Lakers and their last game, but have won three of their previous five games, and look to be a different team now that Luca Doncic is back.

The Mavericks are 21-11 on the season and have been a great team with or without Luka Doncic this season. However, there should be a sigh of relief from Mavericks fans as they see Doncic back on the court, making them one of the most dangerous teams in all of the NBA.
Oklahoma City Thunder is on a two-game winning streak, winning one of their games in overtime, and the other one against the reigning and defending NBA champion Toronto Raptors.

The Oklahoma City Thunder have been better than what many expected, as many expected the team would be one of the worst in all of the NBA due to them not having the talent, and piling up draft picks. The Thunder aren’t great tho, and are 17-15 on the season and are in the bottom ten on offense and defense.