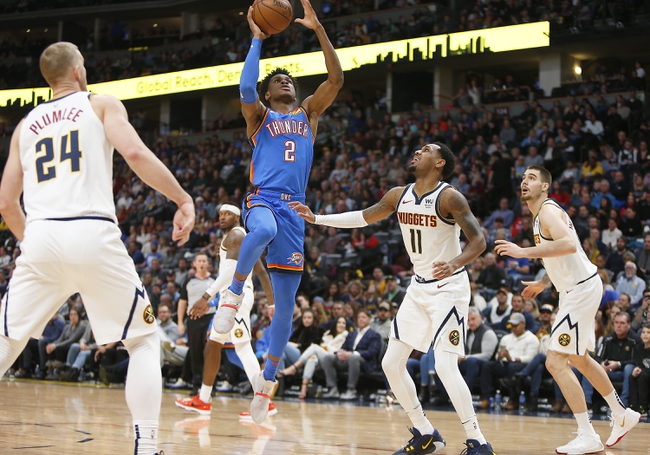 The Denver Nuggets are playing their best ball of the season, Jokic is in shape and they've won each of the last seven meetings against OKC. However, the Oklahoma City Thunder have been a consistent home team all season where they win by an average of 3.4 points, shoot 48.5 percent from the field and 36 percent from three. The Oklahoma City Thunder are also 25-8 ATS this season in the underdog role. I'll take OKC at home in this toss up contest.