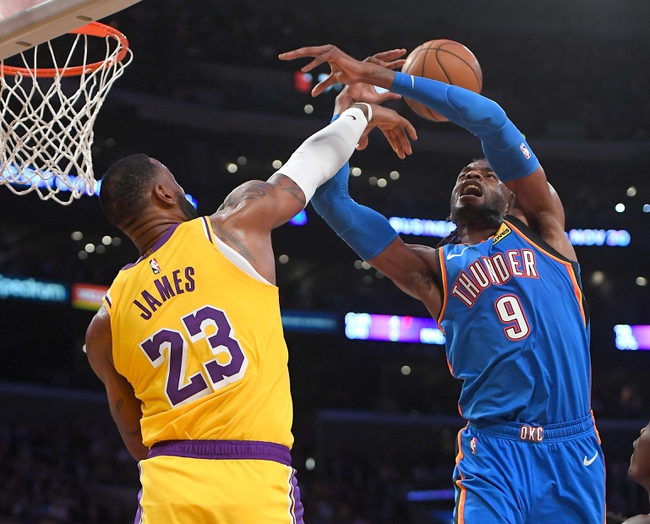 The Lakers controlled the game early against the the Thunder, taking a 10 point lead into the locker rooms.  History was made in the game, as LeBron James became the first player in NBA history to record a triple-double against all NBA teams.  James had 25 points, 10 assists, and brought down 11 rebounds.  Anthony Davis recorded a game high 34 points in the game.  The Lakers shot 48% from the floor and 45% from deep.  The Lakers had 51 rebounds on the night.

Lakers are 5-1 ATS in their last 6 Friday games.

Thunder are 4-1 ATS in their last 5 games overall.

Thunder are 4-1 ATS in their last 5 home games.

The favorite is 12-5 ATS in the last 17 matchups.  Each team is 9-5 ATS this year.  The Thunder are 2-8 as an underdog this year, while the Lakers have been favored in every game.  While the Thunder have fallen to 4 games below .500, the thunder have found success defending the 3 ball.  The Thunder are allowing less than 32% of attempts from 3-point range.  The Lakers came away with a 5 point victory at home and I see them getting a win on the road here.  However, the Thunder have had success in covering the spread and are 5-3 ATS at home.  I'll take a shot with the Thunder at home here.  Chris Paul will do enough passing to keep the Lakers off balance on defense.  Final score prediction, Lakers win and the Thunder cover, 108-105.