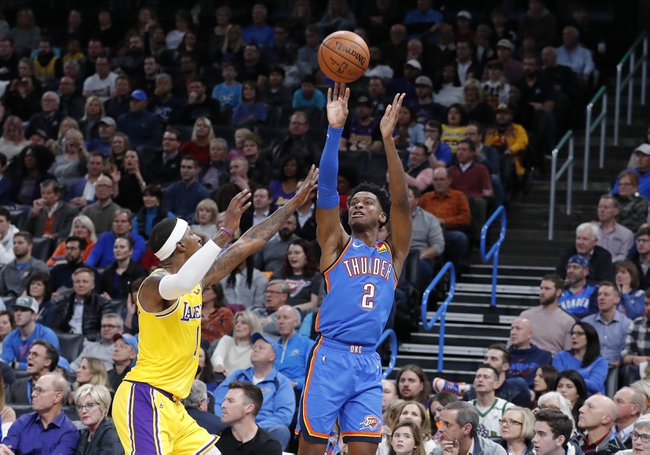 In the Lakers win over the Mavericks, Los Angeles was guided offensively by LeBron James.  James secred a double-double, finishing with 35 points and 16 rebounds, while adding 7 assists.  The Lakers shot 53% from the floor and 42% from 3-point range.  Los Angeles out rebounded Dallas, 49 to 47.  The Lakers scored 26 fast break points, to just 13 for the Mavericks.

In the Thunder win over the Rockets, Oklahoma City was led throughout the game by Danilo Gallinari.  Gallinari contributed a double-double, finishing with 23 points and 11 rebounds.  The Thunder shot 49% from the floor and 34% from deep.  Oklahoma City out rebounded Houston, 52 to 39.  Oklahoma City led by as many as 30 points in the game.

Lakers are 1-4 ATS in their last 5 games against the Thunder.