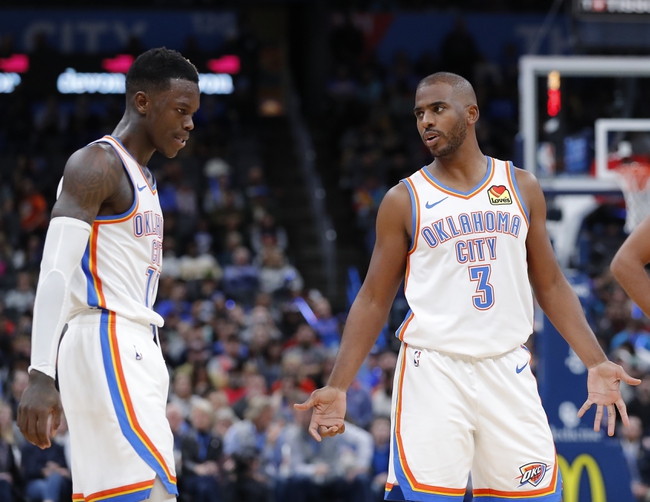 The Pelicans might be 1-4 and might be without their star from last year, Anthony Davis, and their star from this year, Zion Williamson, but despite playing without their stars, they have been in every game this year. New Orleans opened with a strong showing in an overtime loss to Toronto, followed by single-digit losses to Dallas and Houston, and an 11-point loss to Golden State, before impressively winning against Denver by 15 points.

In the Denver win, Jahlil Okafor led all scorers with 26 points and Brandon Ingram added 25. Frank Jackson came off the bench for 21 points.

Oklahoma City also finds itself at just 1-4 and also finds itself without its stars from one year ago. Russell Westbrook and Paul George are gone, but three former Clippers -- Chris Paul, Shai Gilgeous-Alexander, and Danilo Gallinari have joined the team. And just like New Orleans, OKC has found itself in every game with three single-digit losses. The Thunder’s lone win is a 28-point victory over Golden State.

In Wednesday’s 102-99 loss to Portland, Paul led the way with 21 points and five assists, while Gallinari and Nerlens Noel added 15. Dennis Schroder picked up 17 points off the bench while Hamidou Diallo earned a double-double off the bench with 12 points and 10 rebounds.

That, however, is where the similarities end between the two teams. The Thunder rank fifth in team scoring defense allowing just 101.4 points per game while the offense is 26th out of 30 scoring only 102.2 points per game.

This turns into a battle of wills and who will be able to impose their style on the other. That won’t be easy to figure out. The Pelicans are 2-3 against the spread this year while the Thunder are 3-2. All five of New Orleans’ games have gone over the total while four of Oklahoma City’s games have hit the under. OKC is 1-1 against the spread as a home favorite and New Orleans is 1-1 as a road dog.

Something has to give, and in the end, if this game must be picked, it seems that the team with their full lineup is the way to go. If Williamson was playing, that might be the pick. Without him, trust the home favorite.