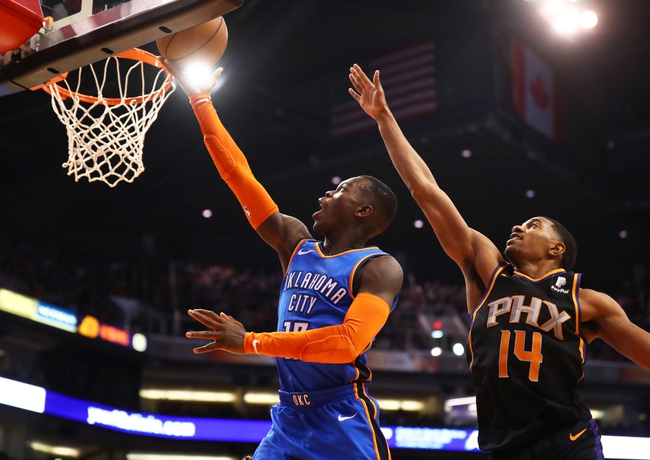 The Phoenix Suns go to Chesapeake Energy Arena in Oklahoma City, Oklahoma to take on the Oklahoma City Thunder on Friday. The Phoenix Suns are on a four-game losing streak at the moment, last losing it to the Los Angeles Clippers 120 - 99. The Suns have put up a fight in their losing streak, losing two of their games by two points, and one of them being in overtime, but the Suns have not gotten luck on their side in recent games.

The Suns are 11-16 on the season and have found a way to score a ton while passing the ball around to find the open man often, but they do struggle to get rebounds and own the paint. However, the Suns are dealing with four injuries at the moment that could impact this game, and more of the season going forward. The Sun's could be without their superstar Devin Booker, DeAndre Ayton, Cameron Johnson, and Tyler Johnson. With these players out, the offense and defense will be minimal for the Suns.

The Oklahoma City Thunder are on a two-game winning streak, defeating the Chicago Bulls, and then lastly, the Memphis Grizzlies in their winning streak.

The Oklahoma City Thunder are 13-14 on the season and have been punching a bit above their weight. With all of the trades of Russell Westbrook and Paul George, the team certainly got much worse, and many thought that they would be a lottery team due to how many draft picks they are going to have and the less talented roster that they now possess. However, though the Thunder hasn't had a great season, they are still very much in the playoff race and are still a difficult team to play in their home arena.

Due to all the injuries that the Phoenix Suns are currently dealing with, I don't think that they're going to be able to withstand Oklahoma City. Final Score Prediction, Oklahoma City Thunder win 112 - 106.