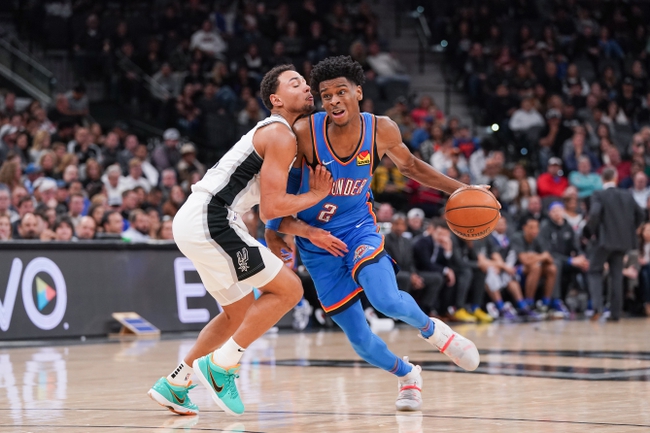 The San Antonio Spurs (22-30) will visit the Oklahoma City Thunder (32-21) at the Chesapeake Energy Arena. The Spurs have lost four straight games and will have a hard road game coming up.

The Spurs have been really struggling as of late. All four losses have come on the road and they’ll face another tough road test against the Thunder. Losses came against Portland and Sacramento first. Those two teams are below .500. The Thunder are 11 games above .500 and are not fun to play at home. The Spurs are getting blown out on the road and the Thunder should have no problem rebounding from the loss to the Celtics to defeat the Spurs at home. Plus, the Spurs will be playing this game as a second game of a back-to-back. The Thunder will be at home and ready with extra rest. Thunder are 5-1 ATS in their last 6 Tuesday games. Final Score Prediction, Oklahoma City Thunder win and cover ATS 114-107.