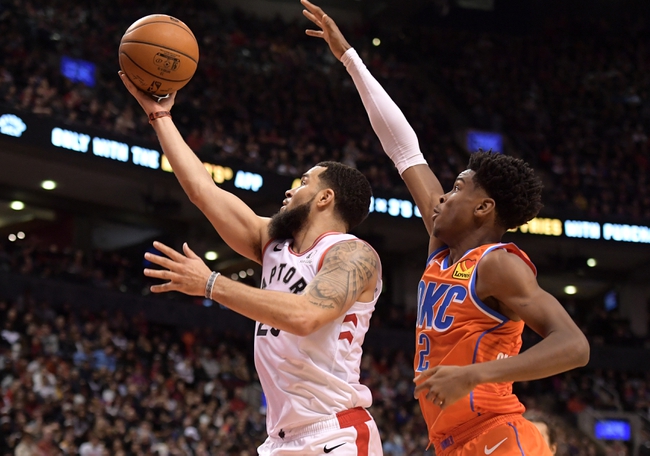 The Toronto Raptors are 25-14 on the season and have done reasonably well for the expectations that were given to them at the beginning of the season by most people. Although the Toronto Raptors are the defending NBA champions, most people thought that they would be scratching at a playoff spot, if they were even able to get one with the loss of Kawhi Leonard. However, the Toronto Raptors have proven to be an excellent defending team, and the elevation of the likes of Pascal Siakam has truly helped Toronto be a very good Eastern Conference team.

The Oklahoma City Thunder are coming off of a victory over the Minnesota Timberwolves, that saw Shai Gilgeous-Alexander post a performance of 20 points, 20 rebounds, and ten assists. It was a truly remarkable, and breakout game for SGA, and the boxscore had not been done since Shaquille O'Neal did it in Orlando.

The Thunder are 23-17 on the season and have proven to be a fighting team, playing much better than most had thought. The Thunder were considered one of the candidates to tank, but they have shown a ton of promise and have a bright future with Shai Gilgeous-Alexander as the face.

Typically, I would think that the Toronto Raptors would win this one, as I believe that they are the better team. However, Shai Gilgeous-Alexander's performance against the Minnesota Timberwolves makes me question if he will recreate that magic at home. The Thunder's last two losses have been extremely reasonable losses to the likes of the Los Angeles Lakers and the Philadelphia 76ers. I think that I like the Oklahoma City Thunder to win this game, due to them being a hot team at the moment. Final Score Prediction, Oklahoma City Thunder win 112 - 110.