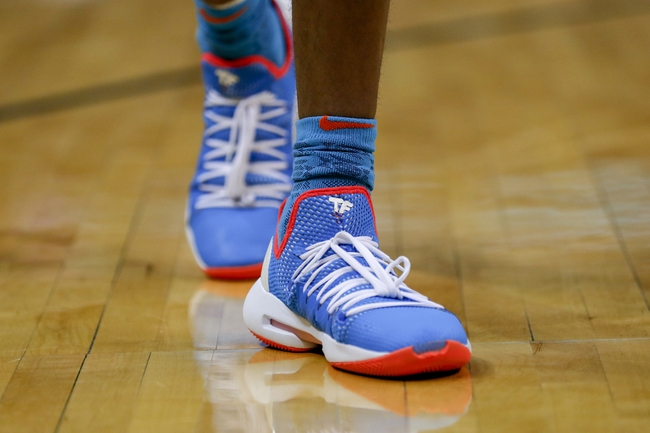 The Washington Wizards head into Friday’s match up with the Oklahoma City Thunder with a record of 0-1 after losing to the Dallas Mavericks 108-100 on Wednesday.  Against the Thunder, the Wizards leading scorer was shooting guard, Bradley Beal who scored 19 points as well as picking up 6 rebounds and 9 assists which was also a team high.  In the assists column, center Thomas Bryant led the way for the Wizards in the paint and also tallied 14 points of his own.

While Beal led the team in points, he went just 7 of 25 from the field and 1 of 11 from three point range.  If the Wizards want to compete in a tough eastern conference this season, Beal will have to consistently have better numbers than he did on Wednesday night.  Washington was not sharp overall as a team.  The Wizards shot just 39.8 percent in field goals and 26.8 percent from beyond the three point line.  While Washington won the turnover battle 17-20, they were also out rebounded 54-52.

The Oklahoma City Thunder head home to face the Washington Wizards on Friday after losing their season opener to the Utah Jazz on Wednesday by the score of 100-95.  In a game that was dominated by Utah’s Donovan Mitchell who scored 32 points for the Jazz, there were a few bright spots for the Thunder.  Point guard Shai Gilgeous-Alexander led Oklahoma City in points with 26 while shooting 10 of 23 from the field.  Center Steven Adams led the Thunder in rebounds with 11, 3 of them coming offensively while point guard Dennis Schroder led the team in assists with 4.

The Oklahoma City Thunder have a new look this season.  Gone are the days of Russell Westbrook and Paul George, the future is now in the hands of 2018, 11th overall pick, Shai Gilgeous-Alexander and veteran Chris Paul.  In their game against the Jazz, the Thunder shot 38.6 from the field and 37 percent from beyond the three point line.  One of the only stats that the Thunder led in was rebounds with 61 compared to Utah’s 56, thanks in a big part to the play of Steven Adams.  If the Thunder want to compete in the west, they need to figure out their shot.  Scoring 95 points a game just will not cut it in such a talented conference.

With neither team lighting the world on fire shot percentage wise, this makes this match up a bit tougher to predict.  While it may take some time for Chris Paul to adjust in his role with the Thunder, Bradley Beal is entrenched with the Wizards and is undoubtedly their star player.  I think Beal will get his shot down more in a game against the Thunder than he did against the Mavericks.  Washington wins 105-102.