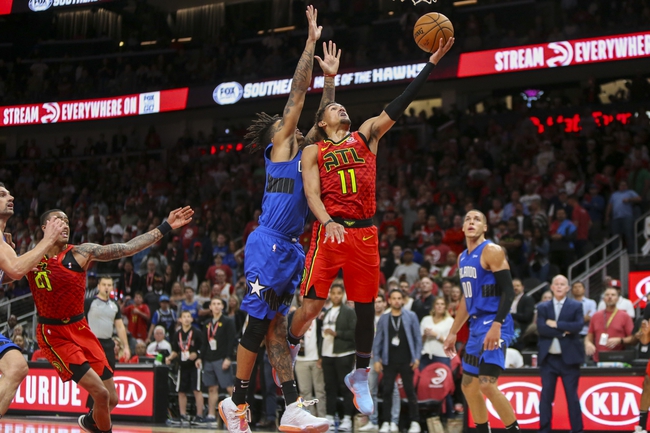 In the Hawks loss to the Bulls, Atlanta was led on offense by John Collins.  Collins connected on 14 of 26 attempts from the floor, making all 4 foul shots, finishing with 34 points and 8 rebounds.  The Hawks shot 37% from the floor and 26% from distance.  Atlanta was out worked on the boards, being out rebounded 58 to 47.  The Hawks were never really in this game, as the Hawks trailed 35-19 after the 1st quarter.

In the Magic loss to the Bucks, Orlando was guided offensively by Evan Fournier.  Fournier converted on 8 of 16 attempts, making all 3 foul shots, totaling 23 points.  The Magic shot 40% from the floor and 40% from distance.  The Magic who have had solid defense this year, allowed Milwaukee to shoot 51% from the floor.  Orlando got smoked on the glass, being out rebounded 63 to 39.

The over is 8-4 in Hawks last 12 games vs. the Southeast division.

Magic are 5-0 SU in their last 5 games when playing at home against Atlanta.

The two teams have opposite defense's, as the Magic rank 3rd in fewest points allowed, while the Hawks rank 29th.  Magic are allowing under 105 per game, while the Hawks are allowing over 118.  The Magic haven't had a great offense this year, averaging just over 103 per game.  However, with Atalanta having such a bad defense, look for the magic to surpass their season average in points.  I'll take the Magic at home, as Orlando has the better defense and will make it difficult for the Hawks to establish a consistent offense.  Final score prediction, Magic will win and cover, 114-100.