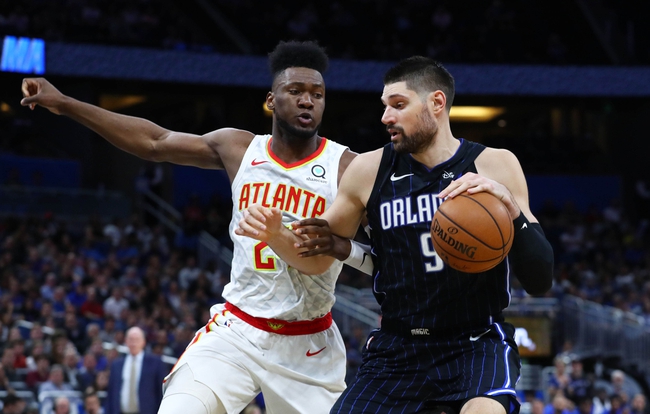 In the Hawks loss to the Celtics, Atlanta was guided on offense by John Collins.  Collins collected 30 points and 10 rebounds.  The Hawks shot 41% from the floor and 33% from 3-point distance.  Atlanta took the loss, being out scored 48 to 39 from 3-point range.  The Hawks led by 1 point at the half, but were out scored 33 to 18 in the 3rd quarter and were unable to overcome the deficit.

In the Magic loss to the Bucks, Orlando was led throughout the game by Nikola Vucevic.  Vucevic recorded a double-double, totaling 21 points and 14 rebounds.  The Magic shot 38% from the floor and 25% from distance.  The Magic were out rebounded, 62 to 46.  Orlando allowed Milwaukee to connect on 45% from the floor.

Hawks are 2-4 ATS in their last 6 games against Orlando.

The under is 5-1 in Magic last 6 games against the Southeast division.

The Hawks have been poor on the road, having gone 6-22 on the road.  The Magic are an even 13-13 at home.  The Magic have one of the lowest scoring offense's, averaging just over 103 per game, which ranks 29th.  However, the Magic do have a good scoring defense, giving up less than 105 per contest, which is the best in the league.  The Hawks have the 29th ranked scoring defense, look for the Magic to have some success on offense at home.  Final score prediction, Magic will win and cover, 109-101.