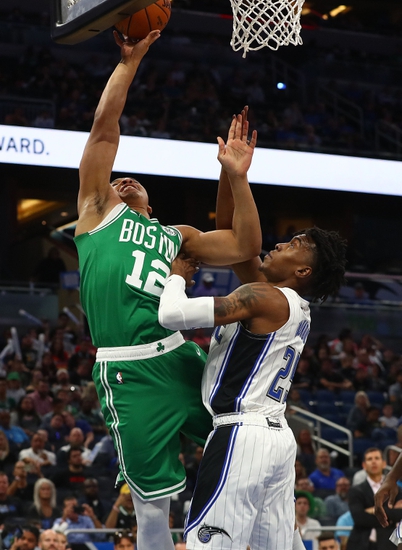 The Boston Celtics travel to Orlando on Friday for a game against the Magic in a matchup of teams from the Eastern Conference.  In their last game, Boston defeated the Memphis Grizzlies by the score of 119-95.  Jayson Tatum led the Celtics in points in the game with 23 while shooting 9 of 18 from the field and 2 of 2 from the free throw line.  Marcus Smart led Boston in assists in the game with 6 while playing a total of 29 minutes against the Grizzlies.  Enes Kanter was the leader in rebounds for the Celtics in the game as he pulled in 8 rebounds with 4 coming offensively.

After the win against Memphis, Boston is now 29-14 on the season and is currently in 2nd place in the Atlantic Division.  Kemba Walker has been the leading scorer so far this season for Boston as he has scored an average of 21.7 points per game.  Walker is also the leader in assists for the Celtics as he has averaged 5 per game.  The leading rebounder for Boston is Enes Kanter who has recorded 8.2 rebounds per game so far on the season.  The Celtics enter Friday’s game with 4 players listed on their injury report as Jaylen Brown, Enes Kanter and Jayson Tatum are listed as day to day while Robert Williams III is out.

The Orlando Magic welcome the Boston Celtics to town on Friday after losing their last game against the Oklahoma City Thunder by the score of 120-114.  Terrence Ross led the Magic in points as he scored 26 on the night while shooting 8 of 16 from the field and 5 of 5 from the free throw line. Evan Fournier was the leader in assists for the Magic on the night with 6 while playing 36 minutes in the game.  Nikola Vucevic led Orlando in rebounds on the night as he recorded 11 with 3 coming offensively.

On the year, the Magic are now 21-24, good enough for 2nd place in the Southeast Division.  The Magic are led in points per game by Nikola Vucevic, who has averaged 19 points per game this season. Vucevic also leads the Magic in rebounds per game as is averaging 11.1 per game.  D.J. Augustin is the team’s leader in assists per game and is recording 4.7 per game.  The Magic come into the game against the Celtics with a clean bill of health as they do not have anyone listed on their injury report.