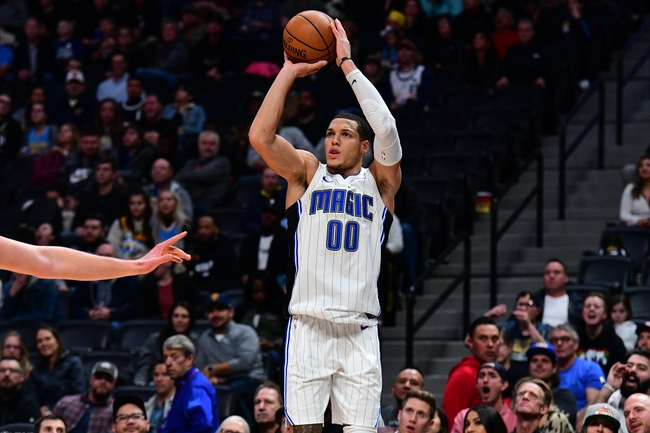 The Chicago Bulls are set to visit Amway Center in Orlando, Florida for an Eastern Conference clash against the Orlando Magic. The Chicago Bulls come into this matchup with a 12-19 record, and they will be looking to continue their success after winning their recent road game against the Detroit Pistons, 119-107. Leading the way for the Chicago Bulls was Zach LaVine as he recorded 33 points, 5 rebounds, and 5 assists. Rookie PG Coby White had a productive outing off the bench for the Bulls as he pitched in 19 points and 5 rebounds.

The Orlando Magic come into this matchup with a 12-17 record, and they will be looking to rebound after dropping their recent road game against the Portland Trail Blazers, 118-103. Leading the way for the Orlando Magic was all-star center Nikola Vucevic as he recorded 23 points, 12 rebounds, and 6 steals. Veteran PG D.J. Augustin had a productive outing off the bench for the Magic as he pitched in 17 points.

The Chicago Bulls have picked up some confidence as of recent as they have won 2 consecutive games, but the same can’t be said about the Orlando Magic as they have dropped 3 straight. The Chicago Bulls are a young team, but they have some talent which has shown this season with the emergence of Zach LaVine (23.5 PPG). The Chicago Bulls have developed a defensive mindset under Jim Boylen as they are holding their opponents to an average of 107.4 PPG, and that doesn’t bode well for the Orlando Magic as they rank 29th in the NBA in points scored. The Magic are fairly dependent on their frontcourt to shoulder the scoring, but Chicago has an abundance of big bodies to throw at them. The points are a safe bet, but I actually like the Bulls outright.