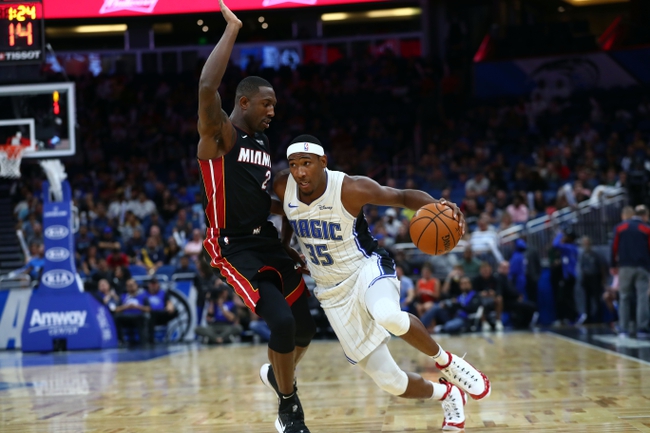 The Cleveland Cavaliers come into year two of their rebuilding phase after the departure of Lebron James with a brand new look after going 19-63 last season. John Beilein is the Cavs new head coach after leaving the University of Michigan for his first crack at the NBA.  Darius Garland, Kevin Porter Jr. and Darius Windler will all make their NBA debut this season, however, Windler who was Cleveland’s second first round pick won’t play in Wednesday nights game due to a stress reaction in his left tibia.  Kevin Love and Collin Sexton are the only starters from last years team that are still around and are ready to make more of an impact in the standings this season.  The Cavs will also be without power forward, John Henson who will likely miss the game due to a strained groin.

Last year, Cleveland averaged 104.5 points per game which was 29th in the league as their offense struggled the whole season.  However, the Cleveland defense was in the leagues top 10 finishing in 7th while allowing 114.1 points per game.  If the Cavaliers want to win more games this season, the offense has to be more productive and the defense has to keep up the same pace.

While the Cavaliers build from the ground up, the Orlando Magic look to continue the success they had towards in the end of last season.  The Magic won 42 games last season, but that was due to the team winning 22 of their last 31 games.  In an unfortunate turn of events, Magic first round pick Chuma Okeke will most likely miss his entire rookie season due to a torn ACL.  Just like last season, it looks as if the Orlando offense will be based around Nikola Vucevic but will also receive help from Terrence Ross and Aaron Gordon.

Last year, the Magic weren’t a team to write home about on either side of the ball.  Orlando was ranked 24th in the league in points per game with 107.3.  As bad as the offense ranked, the defense was just as worse finishing 26th in the league with 106.6 points per game allowed.  If the Magic are going to have a successful season, they will need to start as hot as they finished last season and improve their game all around.

My pick – For this game, I am going with the Orlando Magic.  Any team with multiple rookies that are starting for the first time in the NBA is in trouble as it will take time for the younger players to adjust.  This may not be a high scoring game and may even come down to defense.  Last year, the Magic covered the spread in 7 of their last 10 games and I believe they will again.  Final Score Prediction, Orlando Magic win and cover 105-90.