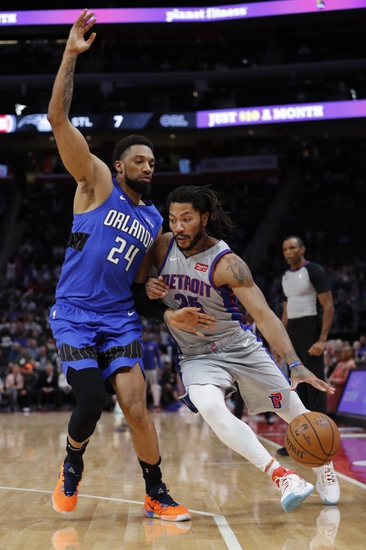 The Detroit Pistons are on the road for a matchup with the Orlando Magic.  The Pistons are (19-37), coming off a 87-76 loss at home to the Charlotte Hornets.  The Magic are (23-31), after getting past the Atlanta Hawks at home.

In the Pistons loss to the Hornets, Detroit was led on offense by Thon Maker.  Maker registered a double-double, totaling 12points and 12 rebounds.  The Pistons converted on 35% from the floor and 20% from distance.  Detroit did out rebound Charlotte, 52 to 45.  The Pistons hurt their chances in this one, committing 21 turnovers.  Detroit was only able to score 11 points in the first half.

In the Magic win over the Hawks, Orlando was guided throughout the game by Nickola Vucevic.  Vucevic collected 24 points, 9 rebounds, and 9 assists.  The Magic shot 53% from the floor and 47% from distance.  Orlando out rebounded Atlanta, 45 to 31.  Orlando converted on 18 3-pointers in the win.  The Magic trailed by 3 points heading into the 4th quarter.

The over is 6-3 in Magic last 9 games against the Pistons.

The Pistons have struggled on offense this season, ranking 23rd in scoring offense.  The Pistons struggles on offense, does not bode well for Detroit, due to the Magic having the best scoring defense in the league.  Detroit does not have the likes of Andre Drummond anymore, which hurts this offense even more.  The Pistons have quite the injury list, with Derrick Rose probable.  The Magic have lost 8 of their last 10, but the Pistons are currently on a 3 game skid.  I'll take the Orlando defense to get the job done at home.  Final score prediction, Magic will win and cover, 113-104.