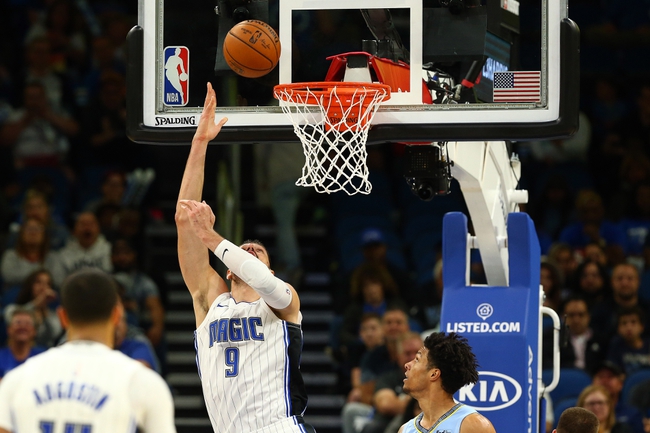 Despite a rash of injuries, the Indiana Pacers (5-4) have won five of six games and are over .500 for the first time this season. The Pacers will look to continue their strong play without some key players when they travel to Amway Center to face the Orlando Magic (3-6), who hold a three-game winning streak against their Eastern Conference rivals.

In Indiana’s most recent win against another depleted team in Detroit, the Pacers played without Victor Oladipo, who has been out all season with his knee injury, as well as Myles Turner, his replacement Goga Bitadze, and Jeremy Lamb. But balanced scoring, including seven of the eight players who got into the game scoring in double figures, led Indiana to the win. It was T.J. McConnell off the bench scoring 17 points and adding nine assists and five rebounds in just 22 minutes to lead the way, while Domantas Sabonis added 17 points, 14 rebounds, and six assists, and T.J. Warren also scored 17 points in the win.

All four Pacers will miss Sunday’s game against Orlando and it is anyone’s guess who will step up offensively for Indiana, but there is little doubt how it will look to win the game, and that is with its defense. The Pacers are ninth in the NBA in scoring defense allowing 106.3 points per game. And speaking of defense, Indiana will be playing a team that is even better on defense in Orlando. The Magic is the No. 2 team in the NBA in scoring defense allowing just 98.2 points per game. Orlando has allowed more than 104 points just twice this season and more than 107 points just once.

Orlando broke a four-game losing streak on Friday with a win over Memphis, a game in which the Magic scored a season-high 118 points in the win. Vucevic was dominant with 23 points and 16 rebounds, while Jonathan Isaac scored 22 points. But the Magic could only muster 94.5 points per game in the previous four-game losing streak and Orlando scored less than 100 points in each of its first seven games. With their defense, if the Magic can score more than 100 points every night, they will be tough to beat.

In five home games, opponents are scoring just 93.6 points against Orlando. And if the 123 points allowed to Milwaukee, the third-ranked scoring offense in the NBA, is taken away, opposition is scoring just 86.3 points per game against the Magic. With this defense at home to go along with the new-found offense and Indiana’s injury problems, take Orlando minus the point and hope for 100 from the Magic.