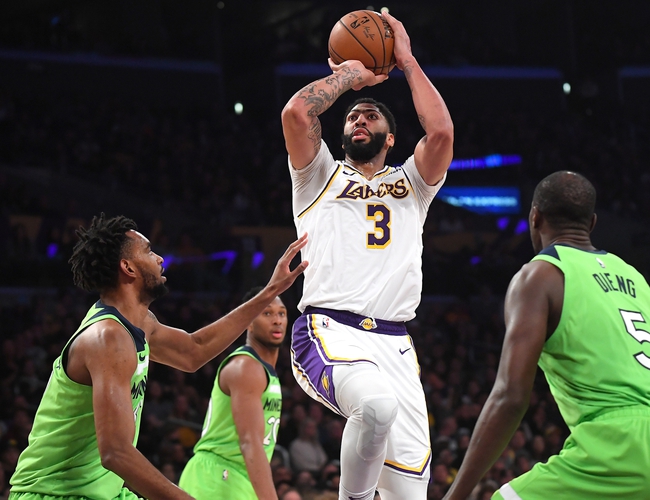 The Los Angeles Lakers go to Orlando, Florida to take on the Orlando Magic on Wednesday at the Amway Center. The Lakers are on a four-game winning streak, last defeating the Minnesota Timberwolves 142 - 125. The Lakers of won 4 of their last five games on the season, and have won their last three games by at least a margin of 18 points.

The Lakers are 21-3 on the season so far and are tied for the NBA's best record with the Milwaukee Bucks. The combination of Anthony Davis and LeBron James has proven to be a dominating duo in the NBA. LeBron has been playing much more point guard this season, Distributing the ball very well. LeBron averages 10.8 assists per game, while Anthony Davis averages 27.7 points and nine rebounds a game.

The Orlando Magic are coming off of a nine-point loss to the Milwaukee Bucks. The magic were on a four-game winning streak, largely due to Aaron Gordon and Evan Fournier stepping up. Fournier averaged over 26 points in his four-game winning streak. However, when the magic just went up against a great team like Milwaukee, they lost and gave up 32 points and 15 rebounds Giannis Antetokounmpo.

The Orlando Magic are 11-12 on the season, and despite them losing more games than they have won, they are still second in the Southwest Division at the moment. The Orlando Magic have done very well on the boards, averaging 45.6 rebounds per game, which is the 13th best in the NBA. However, they're likely not going to have Nikola vucevic, who is their leading rebounder.

As good as the Orlando Magic have been playing, we have seen what happens when they play in elite team, in their last game against the Bucks. Lakers are just as elite if not even more elite than the Milwaukee Bucks, and with them only losing three games on the season, it's very difficult to find any game where the Lakers are likely going to lose. Final score prediction, Lakers win 121 - 112.