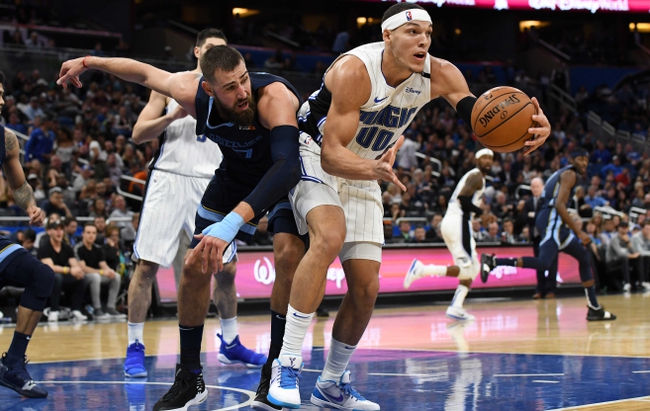 The Memphis Grizzlies head to Orlando on Friday for a game against the Magic looking to win their second game in a row. The Grizzlies come into this game after winning their last game against the Minnesota Timberwolves by the score of 137-121. Dillion Brookes led the Grizzlies in points on the night as he recorded 31 while shooting 9 of 16 from the field and 5 of 8 from the free throw line.  The Grizzlies were led in rebounds by center Jonas Valanciunas with 14 while Tyus Jones led the team in assists with 5.

The win was the Grizzlies second of the season and the team now has a record of 2-5.  The Grizzlies have been led on offense by JA Morant who currently leads the team in points per game with 20.4 and assists per game with 5.3.  The teams leading rebounder is Jonas Valanciunas who has recorded 9.6 rebounds per game so far on the season.  For Friday’s game, Tyus Jones is listed on the injury report as day to day while Grayson Allen is listed as out.

The Orlando Magic welcome the Memphis Grizzlies to town on Friday after losing their last game to the Dallas Mavericks by the score of 107-106.  The Magic were led in points by Aaron Gordon who scored 23 on the night wile also adding 4 rebounds and an assist.  Center Nikola Vucevic led the Magic in rebounds with 11 and assists with 7 and has been a consistent player for the Magic all season.

On the year, the Magic are now 2-6 and have lost 4 straight on the road. The Magic are led in points per game by Nikola Vucevic, who has averaged 16.2 points per game this season. Vucevic has also led the Magic in rebounds per game as is averaging 10.2 per game, including 2.4 offensive rebounds per game.  D.J. Augustin is the team’s leader in assists per game and is recording 4.3 per game.  The Magic come into the game against Memphis with just one player listed on their injury report as Terrence Ross is listed as day to day.

The Grizzlies are averaging scoring 110 points per game while allowing 117.9 points per game.  The Magic are scoring 95.1 points per game and allowing 99.8 points per game.  I am going go to go with the Magic to end their losing streak and get back into the win column in this one.  I don’t think Memphis will be able to slow down the Orlando offense.  Orlando wins 115-112 but Memphis covers the spread.