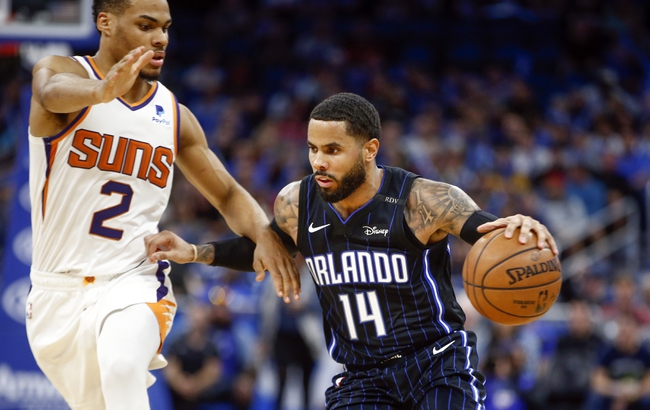 In the Suns win over the Hornets, Phoenix was led throughout the game by Devon Booker.  Booker connected on 7 of his 15 attempts from the floor, making 6 of 7 from the foul line, registering 23 points.  Dario Saric added a double-double, contributing 16 points and 10 rebounds.  The Suns shot 44% from the floor and 21% from distance.  The Suns got out worked on the boards, being out rebounded, 62 to 47.  The Suns largest lead was 20 points.

Suns are 2-6 ATS in their last 8 games overall.

Magic are 2-6 ATS in their last 8 games overall.

The under is 5-2 in the last 7 matchups, while the road team is 19-7 ATS in the last 26 matchups.  The Suns are averaging over 114 points offensively per game and with the Magic being without Nikola Vucevic, I like the Suns here.  Vucevic is a big presence inside on defense and with the Suns offensive play makers, I can see the Suns having a great day offensively.  This will be a low scoring game, due to the Magic slowing the pace of play down.  Final score prediction, Suns will win and cover, 102-97.