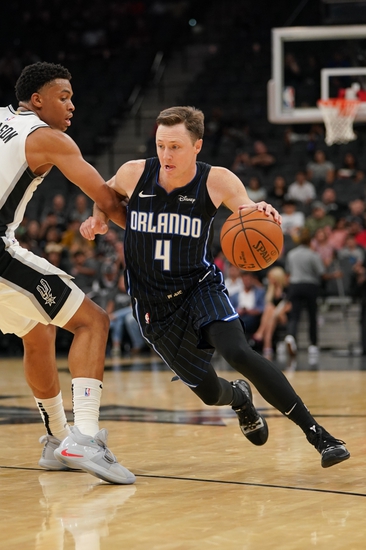 During the Magic victory over the 76ers, the Magic were carried by the big performance of Nikola Vucevic.  Vucevic was 11 of 18 from the floor, netting 25 points.  Vucevic also had 12 rebounds in the game, to give hime a double-double.  The Magic trailed by 3 points going into the 4th quarter, but used a huge 4th quarter to come from behind and win by double digits.  The Magic shot 44% from the floor and 31% from 3-point range.

Spurs are 1-5 ATS in their last 6 games overall.

The road team is 9-3 ATS in the last 12 matchups between the two.  The Spurs have won 7 of the last 10 meetings.  The Spurs have been awful this year in covering the spread.  The Magic are coming off a win against a good 76ers squad.  The Spurs have lost 5 of 6 and are sliding in the wrong direction.  The Magic's offense ranks 30th, but the Spurs defense ranks near the bottom.  While the Magic don't score the ball that well, their success comes from the defense.  The Magic defense is ranked first in giving up the fewest points per contest.  I'll take the Magic in this because of their defense and because of the Spur's lack of success in covering the spread this year.