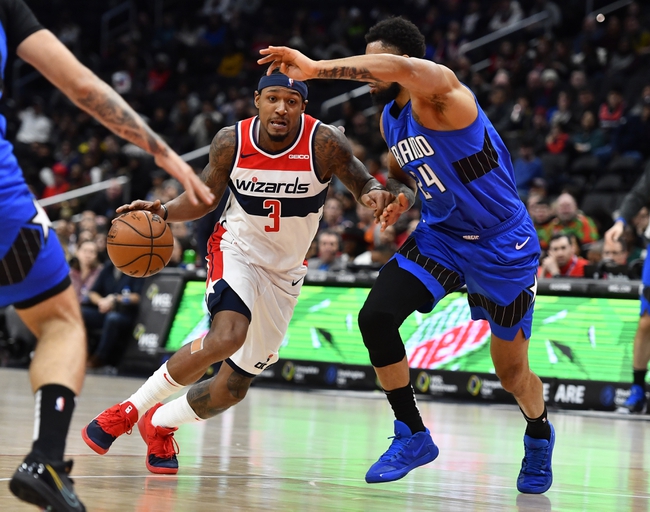 In the Wizards win over the Celtics, Washington was led on offense by Ish Smith.  Smith converted on 12 of 18 attempts from the floor, hitting 2 foul shots, recording 27 points and 4 assists.  The Wizards shot 46% from the floor and 33% from 3-point range.  Boston out rebounded Washington, 65 to 57.  The Wizards never trailed in the game and led by as many as 11 points.

In the Magic win over the Nets, Orlando was guided offensively by Markelle Fultz.  Fultz was 11 of 20 from the floor, totaling 25 points.  Nikola Vucevic added a double-double, finishing with 11 points and 24 rebounds.  The Magic shot 43% from the floor and 31% from 3-point range.  Orlando was able to pull away, thanks to the foul shot differential.  The Magic out scored the Nets from the foul line, 23 to 15. The Magic largest deficit in the game was 3.

Wizards are 6-2 ATS in their last 8 games when playing on the road against Orlando.

Magic are 8-2 ATS in their last 10 games against the Eastern conference.

The over is 5-2 in the Magic last 7 games against the Wizards.

The Magic are 12-8 at home, while the Wizards are 5-14 on the road.  The Wizards have won 2 of their last 4 and the magic have won 3 of their last 4.  The Wizards have one of the better offense's, but the Magic have a great scoring defense.  Orlando is allowing the 2nd fewest points per game.  The Wizards are allowing over 120 points per game, and while the Magic are only averaging 103 per night...the Magic should be able to see an uptick in the final number offensively, going up against a generous defense.  Final score prediction, Magic will win and cover, 116-104.