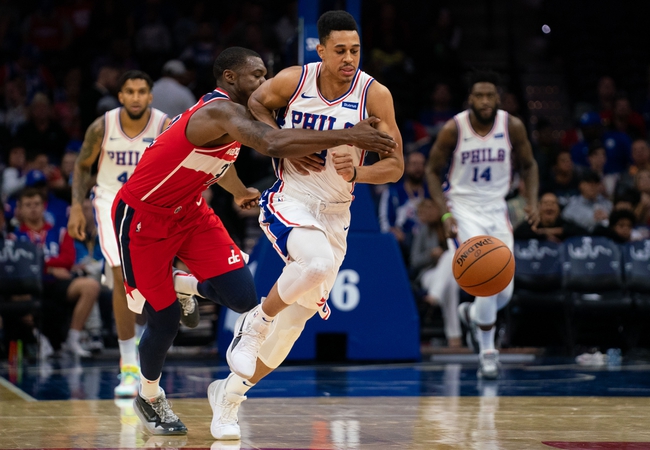 On Wednesday, the Boston Celtics head to Philadelphia, PA for a match up with the Philadelphia 76ers with a new look.  Points leader from last Kyrie Irving is now in Brooklyn, Al Horford will be in the building but as a 76er and Marcus Morris is now a New York Knick.  All of these changes mean one thing, Jayson Tatum will need to be a bigger piece of the Boston Celtics more now than ever.  Tatum will be backed up by Gordon Hayward who played well at the end of last season while battling injuries the whole time.

The Philadelphia 76ers are looking forward to this season as most of their starting lineup returns.  The main person missing is Jimmy Butler who finished last season with 18.2 points a game, but went to the Miami Heat during the off season.  Joel Embiid returns for the 76ers, as does point guard Ben Simmons.  Both Simmons and Embiid look to be healthier than they were last season.

Last year, Embiid lead the 76ers in points per game, blocks and rebounds and will have to be a driving force down in the paint.  Ben Simmons left his mark on the stat sheet as well, leading the team in assists and steals.  Th 76ers were 4th in points per game last season with 115.2 and 12th in points allowed with 112.5.  Where Simmons and Embiid really came into play is with rebounds and assists which Philadelphia was ranked 4th in the league in both categories.

My Pick – I have to go with the 76ers at home in this one.  Philadelphia will be a driving force in the east all season and will be extremely new Boston team, the 76ers just have too much talent.  While the 76rs covered lines in their last 7 of 10 games last season, Boston will pull this total down.  Final Score Prediction, Philadelphia 76ers wins on the under and covers 110-95