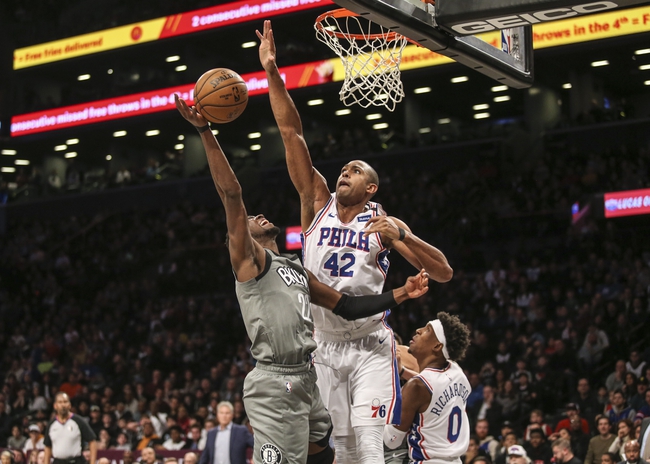 The Philadelphia 76ers play host to the Brooklyn Nets at the Wells Fargo Center on Thursday night.

The Brooklyn Nets have been in great shape as they've won seven of their past 10 games and they will be gunning for a third straight victory after taking down the Raptors in a 101-91 home win on Wednesday. Caris LeVert led the team with 20 points, seven rebounds and four assists, Joe Harris added 19 points while Spencer Dinwiddie chipped in with 17 points, six rebounds and nine assists. As a team, the Nets shot just 40 percent from the field and nine of 35 from the 3-point line but they played great defense from start to finish as they held the Raptors to just 37 percent shooting while keeping them off the free throw line.

Meanwhile, the Philadelphia 76ers went into the All-Star break with a bit of momentum as they will be aiming for a fourth straight victory after taking down the Clippers in a 110-103 home win last Tuesday. Ben Simmons led the team with a triple-double of 26 points with 12 rebounds and 10 assists, Joel Embiid added 26 points with nine rebounds, Josh Richardson scored 21 points while Tobias Harris chipped in with 17 points, 12 rebounds and five assists. As a team, the 76ers shot 46 percent from the field and eight of 27 from the 3-point line but in a game that was tied at halftime, it was Richardson who become the unlikely hero as he scored 17 of his 21 points in the fourth quarter to give the 76ers their 25th home win of the season.

The Nets have been on a nice run lately despite missing Kyrie Irving and they will be full of confidence after claiming an impressive won over the Raptors just before the All-Star break. The 76ers have been in similar shape as they took a three-game win streak heading into the break and they are also 6-2 ATS in their last eight home games. This one is tough to pick, but the Nets are just 1-6 ATS in the last seven meetings overall, so I’m leaning towards the 76ers to kick off their run towards the playoffs with a win and cover here.