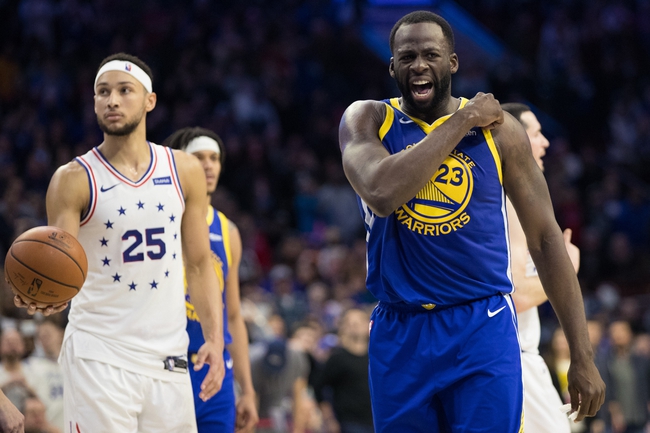 In the 76ers win over the Lakers, Philadelphia was led offensively by Ben Simmons.  Simmons secured a double-double, finishing with 28 points, 10 rebounds, and 8 assists.  Philadelphia converted on 53% from the floor and 35% from 3-point range.  The 76ers were able to pull away in this contest, due to the 3-point differential.  The 76ers out scored the Lakers from deep, 39 to 18.  Each team had 21 turnovers.

Warriors are 1-8 ATS in their last 9 games against Philadelphia.

76ers are 1-6 ATS in their last 7 Western Conference games.

The Warriors loan win in their last 14 games came against the Orlando Magic.  The 76ers have won 5 of their last 6.  The home and away splits in this contest are complete opposites.  The Warriors on the road have been abysmal, posting a 3-20 record thus far.  The 76ers have been great at home, as Philadelphia has gone 21-2 to this point.  Golden State has struggled on offense this year, ranking 25th in scoring offense, while the 76ers have been stout on defense.  Philadelphia ranks 2nd in scoring defense.  Philadelphia should have their way against a struggling Warriors team.  Final score prediction, 76ers will win and cover.