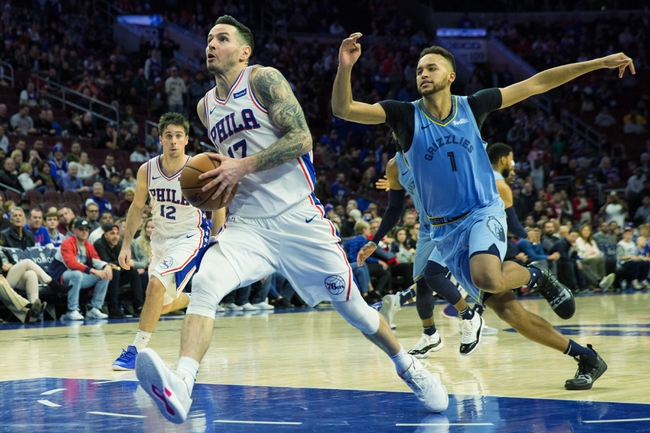 The Memphis Grizzlies (26-25) will visit the Philadelphia 76ers (31-20) at the Wells Fargo Center. The Grizzlies have been active at the trade deadline, adding Justise Winslow in exchange for Andre Iguodala who wouldn't play with Memphis.

The Grizzlies have won four out of five games behind Jaren Jackson Jr., who is averaging a team-high 17.6 points per game on the season. Jonas Valanciunas averages 10.3 rebounds while Ja Morant leads in assists with seven a game. Memphis scores 113.3 points per game and allows 114.9 points against. The Grizzlies shoot 47.5 percent from the floor and bring down 45.4 rebounds per game.

The 76ers lost four straight games and will play a back-to-back with Milwaukee up first. The 76ers figure to lose to the Bucks on the road and could potentially lose five straight games before this one. Tobias Harris leads the Sixers in scoring with 19 points per game while Ben Simmons leads in rebounding with 7.8 boards per game and in assists with 8.2 dimes per game. Philadelphia scores 108.4 points per game and allows 106.1 points against on the year. The Sixers shoot 46.5 percent from the field and snatch 45.7 rebounds per game.

Usually, I would second guess taking a team in the second game of a back-to-back after facing the Milwaukee Bucks. But the reality is that the 76ers are almost unstoppable at home. Wells Fargo Center brings out the best in the 76ers. The Grizzlies have been exciting to watch. They might even make the West playoffs down the stretch but the 76ers will have to win this game, especially if they lose to the Bucks. It’ll become a must win after some of the moves that the Sixers made before the trade deadline. Take the Sixers at home to win big. 76ers are 4-1 ATS in their last 5 home games. Final Score Prediction, Philadelphia 76ers win and cover ATS 115-107.