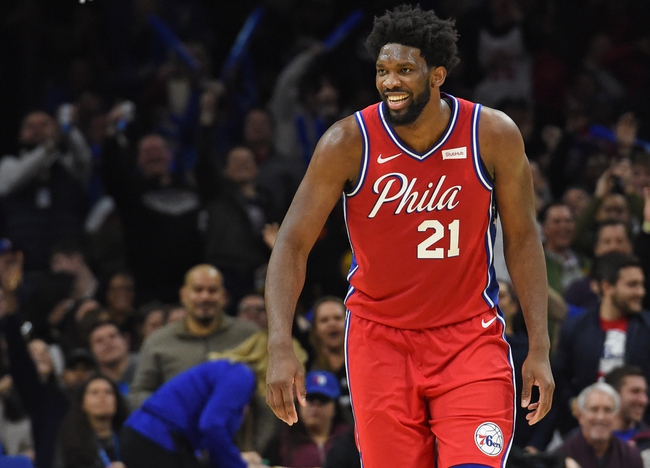 The Miami Heat head to Philadelphia on Wednesday for a game against the 76ers in a matchup of two teams from the Eastern Conference.  In their last game Miami was defeated the Memphis Grizzlies by the score of 118-111.  Jimmy Butler led the Heat in points with 25, while shooting 6 of 12 from the field and 12 of 14 at the free throw line. Butler also led the Heat in assists in the game with 8 while playing a total of 39 minutes.  Bam Adebayo led the Heat in rebounds on the night, recording 13 which all came on the defensive boards.

With the loss against the Grizzlies, the Heat are now 19-8 on the season which places them in 1st place in the Southeast Division. Jimmy Butler leads the offense in points per game and is averaging 21.2 per game.  Butler also leads the Heat in assists per game with 6.8.  Bam Adebayo leads the Heat in rebounds per game on the season as he is averaging 10.7 per game.  The Heat come into Wednesday’s game with 3 players listed on their injury report as Justise Winslow and Goran Dragic are all listed as out while James Johnson is listed as day to day.

The Philadelphia 76ers welcome the Miami Heat to town on Wednesday after losing their last game by the score of 109-89 against the Brooklyn Nets.  Ben Simmons led the 76ers in points as he scored 20 on the night while shooting 7 of 10 from the field and 6 of 8 from the free throw line.  Al Horford led the 76ers in rebounds with 9 in the game, including 2 offensively.  Horford also led Philadelphia in assists in the game with 5 while playing a total of 27 minutes against the Nets.

After the loss to the Nets, the 76ers are 20-8 on the season, which places them in 1st place in the Atlantic Division.  Joel Embiid is the 76ers leader in points per game with 22.8 and in rebounds per game with 12.3.  Ben Simmons leads Philadelphia in assists per game and is averaging 8.2 on the season.  Philadelphia comes into Wednesday’s game with a clean bill of health as they do not have anyone listed on their injury report.

The pick in this article is the opinion of the writer, not a Sports Chat Place site consensus.
Previous Pick
Los Angeles Clippers vs. Phoenix Suns - 12/17/19 NBA Pick, Odds, and Prediction
Next Pick
Oklahoma City Thunder vs. Memphis Grizzlies- 12/17/19 NBA Odds, Pick, & Prediction