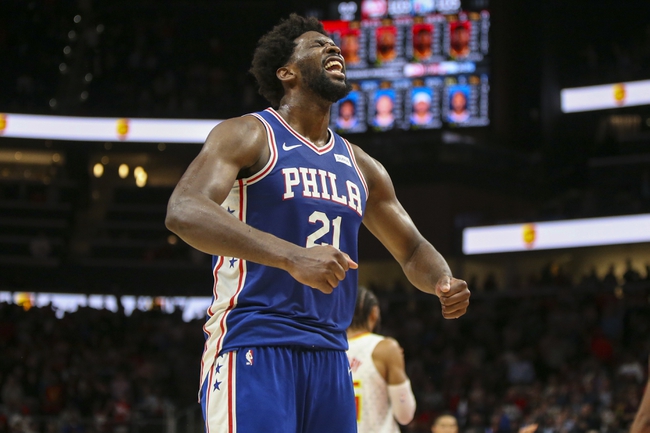 The Minnesota Timberwolves struggled at shooting the ball against the Miami Heat as they connected on 39 of their 91 field goal attempts (42.9%), and they were significantly worse from behind the three-point line (28.9%). The Minnesota Timberwolves won the turnover battle against the Miami Heat (23-16), and they slightly outrebounded the Heat (55-53).

The Philadelphia 76ers come into this matchup with a 3-0 record, and they will be looking to continue their success after winning their recent road game against the Atlanta Hawks, 105-103. Leading the way for the Philadelphia 76ers was their all-star center Joel Embiid as he contributed 36 points, 13 rebounds, and 5 assists. The 76ers starting PG Ben Simmons had a solid all-around game as he pitched in 13 points, 6 rebounds, and 6 assists.

The Philadelphia 76ers struggled at shooting the ball against the Atlanta Hawks as they connected on 37 of their 88 field goal attempts (42%), and they were significantly worse from behind the three-point line (26.8%). The Philadelphia 76ers were edged out in the turnover battle against the Atlanta Hawks (22-21), and they were also slightly outrebounded by the Hawks (58-56).

The Minnesota Timberwolves being 3-0 has been a pleasant surprise to start the season, and they are finally receiving consistent production out of their franchise faces (Towns & Wiggins). The Philadelphia 76ers no doubt has one of the best lineups in all of basketball, but the Timberwolves match up well with them as Karl-Anthony Towns is a problem in the paint as he is averaging 32 PPG and 13.3 RPGs. The Timberwolves have had no problem scoring the basketball through the first few games as they rank 4th in points scored and given their early success, I believe they keep this game close.