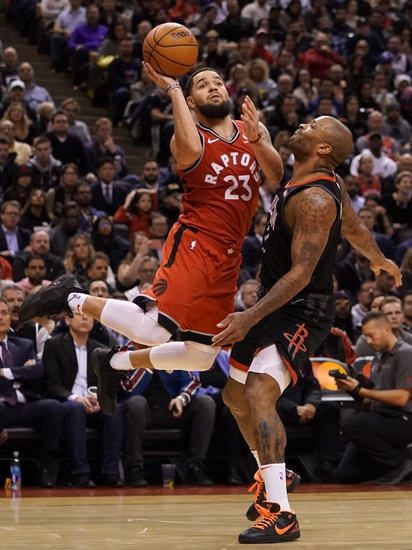 An Eastern Conference battle between two teams already battling for position will face off on Sunday when the Philadelphia 76ers (16-7) host the defending NBA champion Toronto Raptors (15-6) at Wells Fargo Center. The game will be the second in as many days for the 76ers, but if Saturday’s performance is any indicator, they should be just fine.

Philadelphia scored a season-high in points in its 141-94 victory over Cleveland to remain undefeated at home at 11-0. Despite holding a perfect home record one day after dominating another NBA team, the 76ers enter Sunday’s game as an underdog, which is somewhat of a surprise even though it is against a Toronto team that is playing great basketball itself.

Philadelphia completely dominated Cleveland, leading 36-18 after one quarter and 77-36 at the half. The 76ers extended that lead after each of the following two quarters in the massive win. Not surprisingly, Philly had some gaudy offensive numbers. Ben Simmons led all scorers with 34 points and added seven rebounds in the win. Mike Scott and Trey Burke each added 21 points points with Scott grabbing six rebounds and Burke grabbing eight rebounds with four steals. Tobias Harris scored 15 points and Kyle O’Quinn came off the bench for a double-double with 10 points and 11 rebounds.

Toronto had one of the best records in the NBA and had won seven in a row prior to last Tuesday, when the Raptors lost an overtime matchup against Miami followed by a 10-point loss to Houston. Suddenly, the Raptors are on a two-game losing streak and staring the possibility of three in a row on Sunday if they can’t get by Philadelphia on Sunday.

The Raptors were solid enough offensively in the loss to Houston, with Pascal Siakam scoring 24 points with nine rebounds and Fred VanVleet adding 20 points in the win. Kyle Lowry scored 19 points on 3-of-5 shooting from 3-point range with eight assists, while Norman Powell and Serge Ibaka came off the bench to score 14 and 10 points respectively.

It’s tough to think about playing against either one of these two teams. Philadelphia is undefeated at home and playing well, while Toronto is riding two losses and won’t want a third in a row. But there is one stat that stands out to tell the player where to go in this one. In home games, Philadelphia is the best defensive team in the NBA allowing just 98.6 points per game. In away games, Toronto is the third-best defensive teams allowing just 101.7 points per game. The 76ers are just the 20th-best home offensive teams (109.2 ppg) while Toronto is only the 18th-best offensive team on the road (106.7). In addition, only four of Toronto’s 10 road games have gone over the total while seven of Philadelphia’s 11 home games have gone under.

Under the total is the play, so take the under and watch the defenses dominate in a game that looks much more like playoff basketball than a typical Sunday game.