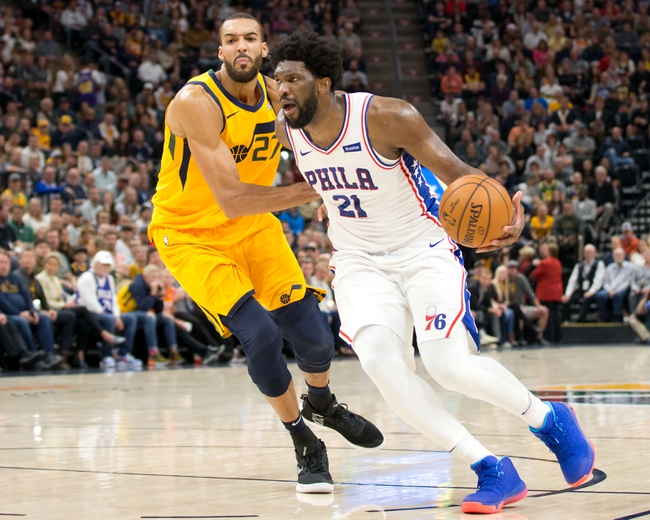 In the 76ers win over the Indiana Pacers, Philadelphia was guided on offense by Joel Embiid.  Embiid converted on 8 of his 15 attempts from the floor, making all 15 of his foul shots, recording 32 points.  Embiid also had 11 rebounds in the game, to give him a double-double for the game.  The 76ers shot 49% from the floor and 47% from 3-point range.  The 76ers were able to get the win, due to their ability to get to the foul line.  The 76ers out scored the Pacers, 32 to 21 from the foul line, en route to the victory.

Jazz are 2-6 ATS in their last 8 games vs the Eastern Conference.