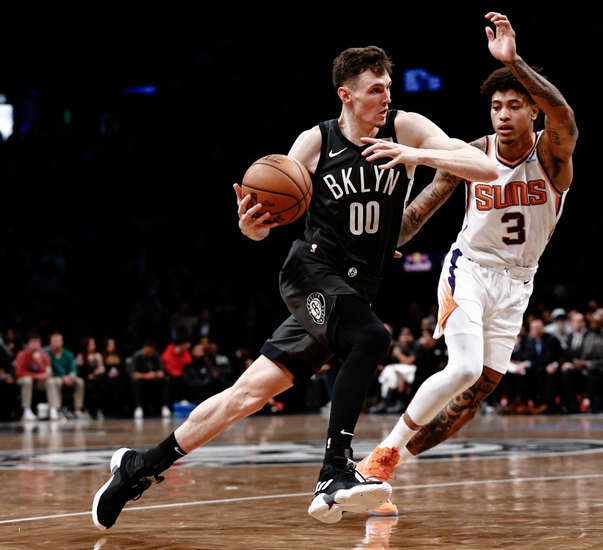 The Nets were led in scoring by Spencer Dinwiddie with 34 points.  Dinwiddie's 34 points cm in 35 minutes of action off the bench.  The Nets spoiled a great performance by Damian Lillard en route to the victory.  Kyrie Irving added 33 points and 6 assists. The Nets shot 41% from the floor, while shooting 43% from 3-point range.  The Nets had 18 assists to just 9 turnovers on the night.

In the loss to the Heat, the Suns were led in scoring by Andrew Baynes.  Baynes was 10 of 17 from the floor, while totaling 23 points.  Devon Booker added 22 points in the loss.  The Suns shot 44% from the floor and 34% from downtown.  The Suns defense was an issue, allowing the Heat to shoot almost 55% from the floor.  Both teams had 22 assists in the game.  The Suns out scored the Heat on fast break points 12 to 10.

Suns are 7-1 ATS in their last 8 games overall.

The Nets have controlled the series lately, winning 7 of the last 10 meetings.  During those 10 games, the over has cashed 6 times.  The Nets have struggled against the spread this year, while the Suns have been great.  The Suns are 7-1 against the spread this year.  The Suns have been playing solid basketball, even without DeAndre Ayton.  The Nets will have a good record by the time the season end, but it is hard to ignore the Suns right now.  Final score prediction, Suns win and cover, 116-111.