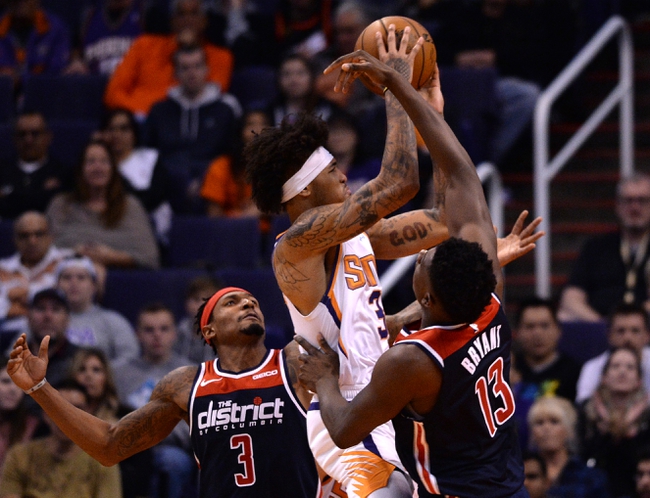 The Dallas Mavericks take on the Phoenix Suns on Friday at the Talking Stick Resort Arena in Phoenix, Arizona. The Dallas Mavericks fell to Los Angeles Clippers 114-98 to snap their five-game win streak. Kawhi Leonard put another great performance together, scoring 28 points in the win.

The Mavericks have been one of the NBA’s biggest surprises this season with a record of 11-6. Luka Doncic has not only taken a step up after winning Rookie of the Year last season, but he’s also easily one of the top five MVP candidates. Doncic is averaging an incredible 30.1 points, 10 rebounds and 9.5 assists per game, as well as a 32.21 PER this season which is good enough for second best.

The Phoenix Suns have also been a huge positive surprise this season as they are 8-9 on the season. The Suns are on a two-game losing streak, most recently being defeated by the Washington Wizards. Bradley Beal was too much for the Suns as they allowed him to drop 35 points in the victory for Washington.

Despite the Suns losing more games than they have won, nothing much was expected from the team this season, especially after Deandre Ayton was suspended for 25 games. However, the Suns are currently in eighth place in the west thanks in large part to Devin Bookers play. Booker is averaging 24.9 points per game.

The game will be a close and exciting one to watch. The Suns have a lot of good young pieces, while the Mavericks have two stars on their hands with a bunch of decent pieces around them. I like the Mavericks just a little more in this game due to how well Doncic is playing this season. Final Score Prediction, Dallas Mavericks wins and Phoenix does not cover 100-94.