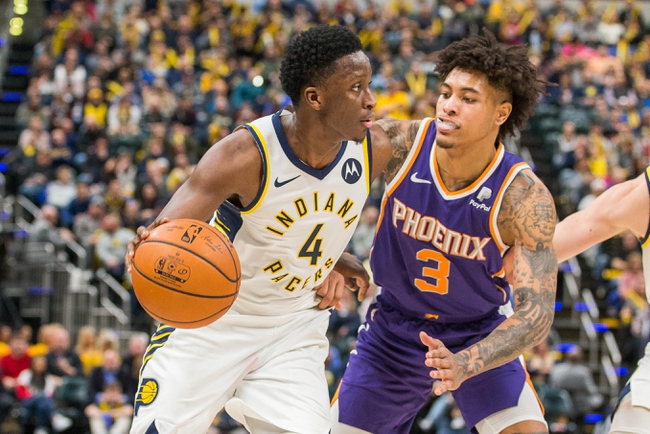 The Indiana Pacers go to Phoenix, Arizona to take on the Phoenix Suns at the Talking Stick Resort Arena on Wednesday. The Pacers are coming off of a loss to the Utah Jazz, being crushed by 30 points. The huge loss the Pacers suffered snapped a five-game winning streak Indiana was on.

The Indiana Pacers are 28-16 on the season. The Pacers are sixth in the Eastern Conference, finding themselves 10.5 games back from the Milwaukee Bucks for the top spot in the East and 12 games ahead of the Pistons, for the first spot out of the playoffs, as the Pacers sit in a comfortable area of not a top team, but certainly a playoff team unless something goes seriously wrong in the second half of the season.

The Phoenix Suns are coming off of a loss to the San Antonio Spurs, snapping a two-game losing streak. The Suns have won five and lost five in their last ten games.

The Phoenix Suns are 18-25 on the season and are two games back from the eighth seed in the Western Conference. The Suns will likely be without Aaron Baynes, which may change the gameplay for the Suns, especially defensively.

These are two very different teams facing off against each other in this game. The Indiana Pacers struggle on offense, falling in the bottom ten teams in points per game, while the Phoenix Suns have a terrific offense, and are able to spread the floor and pass well, which is why they're so good at getting assists every game. However, the Indiana Pacers are much better on defense, relying on the likes of Myles Turner and Domantas Sabonis to maintain the opponent's offense, while also creating offense for themselves. I think the Pacers contain the Suns just enough to get a close win. Final Score Prediction, Indiana Pacers win 114-109.