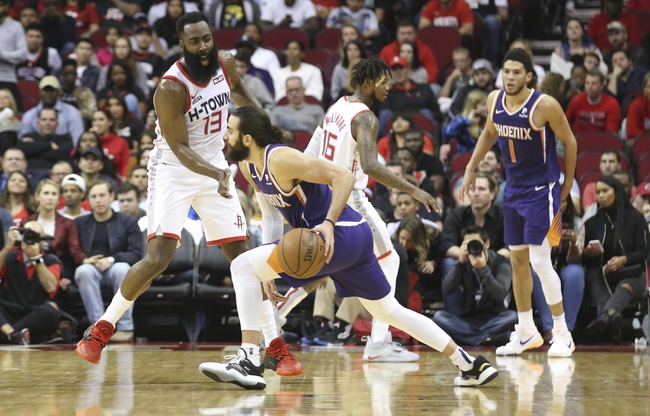 The Minnesota Timberwolves travel to Talking Stick Resort Arena to take on the Phoenix Suns in a western conference battle. The Timberwolves have struggled as of late coming on a 4-game losing streak, most recently a loss to the Los Angeles Lakers by the score of 142-125 to drop to 10-12 on the season. The Suns lost to the Rockets 115-109 to drop to 10-12 as well.

The Suns are led in scoring by electrifying guard Devin Booker who averages 25.5 points per game while shooting 51.2% from the field and 41.5% from three. Booker is the key for the Suns as he adds 6.2 assists and is the clear number one scoring option for the Suns.

Leading the Suns in assists is veteran point guard Ricky Rubio who averages a shade under 9 assists per game; and leading rebounder is Dario Saric who adds 7.2 rebounds. Saric is an important piece to the Suns front court with up and coming star DeAndre Ayton suspended for 25 games.

The Timberwolves key to success comes through young center Karl Anthony Towns who leads the team in both scoring and rebounds; averaging a double-double with 25.8 points and 11 rebounds per game.

The Timberwolves have lost 4 straight games and have failed to cover in all of them; they also come in on a back-to-back losing to LA last night. The Suns have covered in three of their last four and will look to try to keep in the playoff hunt without Ayton.

The overpowering rebounding advantage and lack of a front-court will be too much for the Suns and Karl Anthony Towns will dominate the paint and the Timberwolves will win as underdogs. Final score prediction, Minnesota Timberwolves 125 Phoenix Suns120.