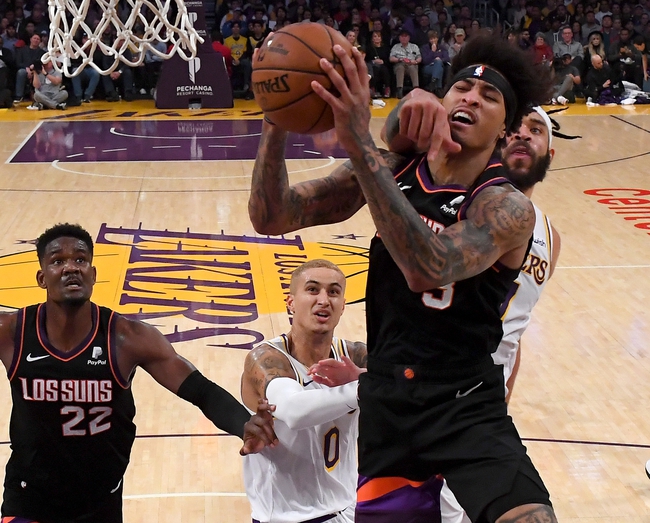 Knicks at Suns -6.5 Click to Get Latest Betting Odds

The New York Knicks travel cross country to the Talking Stick Resort Arena to take on the Phoenix Suns. The Knicks are one of the worst teams in the NBA this season with just a 10-24 record this season but do come in on a three-game winning streak, most recently dominating the Portland Trailblazers winning the game 117-93. The Suns played the Lakers in a close game but unfortunately fell, losing the game 117-107 to drop their record on the season to 13-21 and losing their eight game in their last ten.

The Knicks bring one of the worst offenses in the NBA to this game, averaging just 103.7 points while shooting just 38.3% from the field as a team. The key to the Knicks offense is offseason signing, power forward Julius Randle who leads the Knicks in all three major categories. Randle averages 18.8 points per game, 9 rebounds and adds 3.3 assists for New York.

Phoenix Suns boast one of the best offenses in the NBA this season averaging 114.1 points per game which ranks 6th in the NBA. Leading the Suns is electrifying guard Devin Booker who averages 25.2 points per game and is shooting 50.2% from the field and 36.3% from the three-point line. The return of rising star Deandre Ayton from suspension will help the Suns as Ayton averages a double-double and had 14 rebounds and 16 points last game against the Lakers.

The Suns have been one of the best teams in the NBA for bettors with a 19-14-1 and have covered the spread in four of their last five games. The Knicks have also been solid as well, specifically as of late with a 7-3 record ATS in their last ten games. The Suns with the return of Ayton and Booker getting another player to help carry the load leads the Suns to a blowout victory in this game. Final score prediction, the Suns win the game 114-98 easily covering the spread.