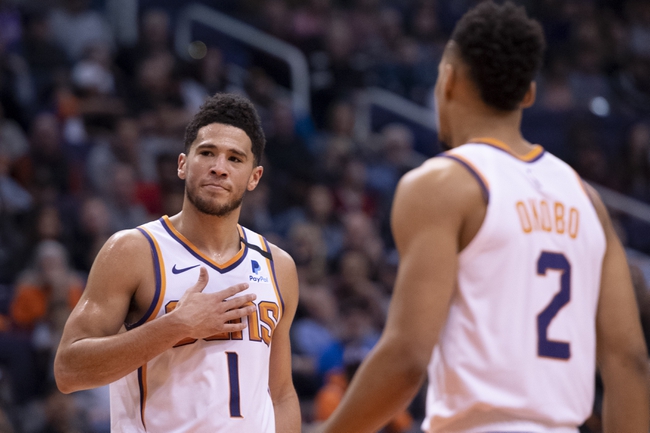 The Orlando Magic travel cross country to the Talking Stick Resort Arena to take on the Phoenix Suns. The Magic have won two straight games, most recently a decisive victory over the Washington Wizards winning 123-89 to improve their record on the season to 18-20. The Suns have lost two straight home games. The most recent loss was to the Sacramento Kings dropping the game 114-103 to fall to 14-23 on the season.

The Suns offense has been good this season averaging just 113.9 points per game which ranks 7th in the NBA. The Suns offense is led by electrifying guard Devin Booker who averages 26.2 points which ranks 8th in the NBA in points per game; Booker also leads the team in assists with 6.5 per game. Bookers has been especially efficient this season shooting 51% from the field and 35.8% from the three-point line. The paint is dominated by rising star DeAndre Ayton who leads the Suns in rebounding with 11.9 per game and adds 15.4 points to average a double-double in the games he has started but dealt with a suspension earlier in the year.

The Suns have been one of the best bets in the NBA this season with a 20-16-1 record ATS and with Ayton have been especially good covering the spread in four of their last six games. Orlando comes in having covered the spread in four of their last five games but just a 17-19-2 record ATS. Final score prediction, the Suns with Ayton have been a dominant force and will win this game by double digits, easily covering the spread.