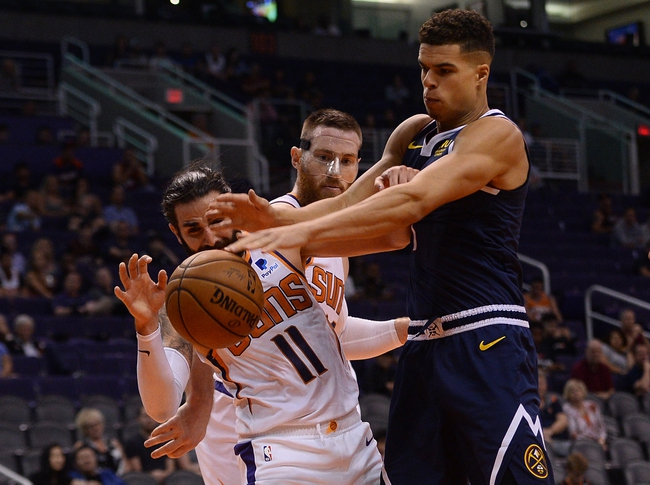 The Kings get to open their regular season against the Phoenix Suns. The Kings already faced the Suns once in preseason and it was the Kings first win in the preseason. The Kings put in 105 points in the first meeting in preseason ball and allowed only 88 points. The last game out for Sacramento saw them beat up on a Melbourne United squad by a score of 124-110.

With the Kings they do have a good guard duo back with Buddy Hield and De’Aaron Fox being decent players for the Sacramento squad. What else is impressive for the Kings is the potential that Marvin Bagley III brings to Sacramento.

Phoenix finished the preseason with a 2-2 record and that is fairly impressive for the Suns. However, the Suns are looking to improve on that and avoid the slow start that has plagued Phoenix in the past. The last preseason game for the Suns was a loss to Denver by a score of 107-102 and that was definitely a disappointment for the Suns.

Deandre Ayton is the center who is coming into the game for the Suns. Ayton has a lot of potential and that could help the Suns out if he shows that potential. Someone else the Suns can rely on is Devin Booker who has played decent in the past for Phoenix.

The Suns play at home and do have a fairly young backcourt and younger center. The experience from Hield along with Fox coming into his own will help the Kings out. What else can help the Kings out is the potential that should be recognized in Marvin Bagley III. The Suns, for their part, are still a younger image of what the Phoenix squad should be and that leads to the Kings getting a victory as the young players make mistakes. Final Score Prediction, Sacramento Kings win and cover 115-107.