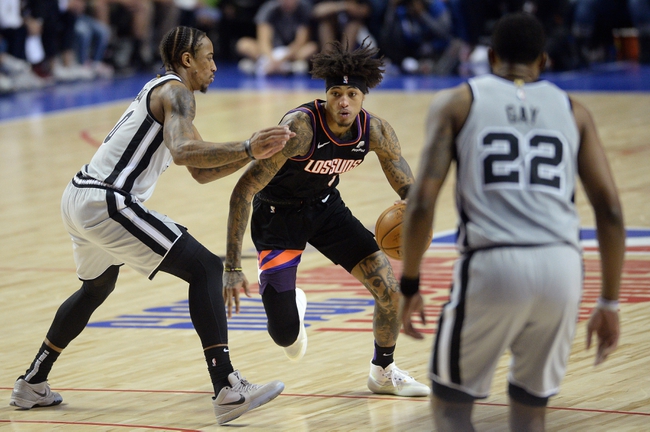 The San Antonio Spurs go to the Talking Stick Resort Arena in Phoenix, Arizona, to take on the Phoenix Suns on Monday. The Spurs are coming off of a two-game losing streak, losing to the Miami Heat and the last-place Atlanta Hawks. The Spurs have won five of their last ten games, and two of their previous three games have come down to one-point.

The San Antonio Spurs are 17-23 on the season and are one and a half games out of the eighth seed in the Western Conference. The Spurs are terrible on the road, having a record of 6-13 away from their arena.

The Phoenix Suns are coming off of a two-game winning streak, defeating the Boston Celtics and the New York Knicks. The Suns have won four of their last five games, only losing to the Atlanta Hawks in their previous five games.

The Phoenix Suns are 18-24 on the season and are two games back from the eighth seed in the Western Conference, and a half games back from the San Antonio Spurs. The Suns will likely be without Kelly Oubre Jr., which may change the gameplay for the Suns, especially defensively.

Both teams are efficient on offense but struggle on defense, allowing far too many points each game to be contenders. What's the San Antonio Spurs are on a bit of a skid right now, while the Phoenix Suns have done relatively well recently. I think the San Antonio Spurs will be able to edge this win out due to having more of a consistent and balanced team, and you know what you are getting out of the team more often than not. There's always a possibility of a line Walker big game, but it's never known when Lonnie Walker is going to be playing significant minutes. Final Score Prediction, San Antonio Spurs 117-112.