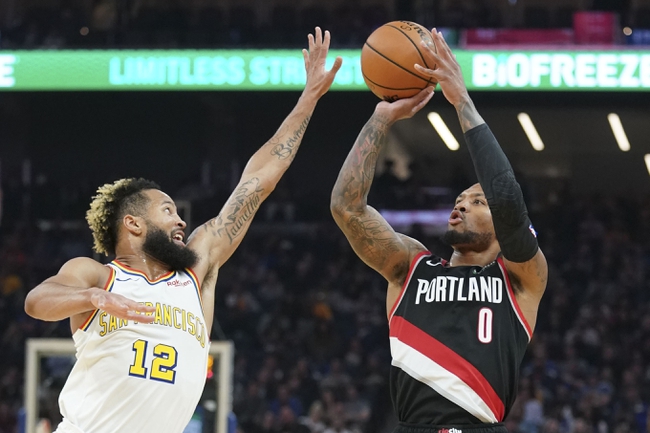 The Brooklyn Nets are set to visit Moda Center in Portland, Oregon for a cross-conference clash against the Portland Trail Blazers. The Brooklyn Nets come into this matchup with a 3-4 record, and they will be looking to continue their success after winning their recent home game against the New Orleans Pelicans, 135-125. Leading the way for the Brooklyn Nets was their all-star guard Kyrie Irving as he recorded 39 points and 9 assists. The Nets young center Jarrett Allen had a good game in the paint as he contributed 18 points and 10 rebounds.

The Brooklyn Nets had a good shooting game against the New Orleans Pelicans as they connected on 49 of their 92 field goal attempts (53.3%), but they were slightly worse from behind the three-point line (39%). The Brooklyn Nets lost the turnover battle against the New Orleans Pelicans (23-21), but they edged out the Nets in the rebounding department (57-47).

The Portland Trail Blazers were solid at shooting the ball against the Golden State Warriors as they connected on 47 of their 105 field goal attempts (44.8%), but they struggled from behind the three-point line (32.5%). The Portland Trail Blazers won the turnover battle against the Golden State Warriors (10-6), but they were edged out by the Warriors in the rebounding department (56-52).

The Portland Trail Blazers have not had as much success as expected this season, and they will have to face a high-scoring Brooklyn Nets team on the back end of a back-to-back. The Brooklyn Nets have arguably the best guard in the NBA with Kyrie Irving as the all-star is having a big season as he is averaging 31.7 PPG and 7.7 APG, and he leads a Nets team that ranks 2nd in the NBA in points scored. Portland has their fair share of scorers between Lillard and McCollum which will make this game fun, but the Nets have an advantage in the paint with Jordan and Allen which will be the determining factor in this one.