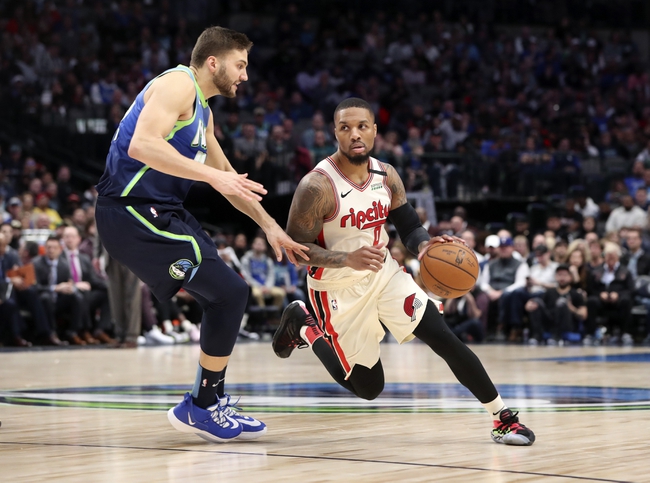 The Dallas Mavericks are 27 - 16 on the season but actually play better on the road than they do at home, with a road record of 14-5. The Mavericks now have Kristaps Porzingis back in the lineup, returning from injury, so the Mavericks will not be relying on just Doncic to win this game.

The Portland Trail Blazers are 19-26 on the season and are attempting to rise up into that eighth spot into the Western Conference playoffs. With the way that Damian Lillard is playing, the Blazers certainly have a chance, but they need to strengthen their defense if they want a possibility of the playoffs.

Despite the Portland Trail Blazers having Damian Lillard, who scored 61 points in their last outing, the Portland Trail Blazers defense was horrendous, and they went into overtime against one of the league's worst team, in the Golden State Warriors. I don't think enough is being talked about how bad Portland's defense is right now, and I think Luka Doncic and Kristaps Porzingis will have themselves terrific nights, and be able to exploit that defense many times in the game. I like the Dallas Mavericks win this one, and I think the Dallas Mavericks will win this one by a fair margin. Final Score Prediction, Dallas Mavericks win 115 - 100.