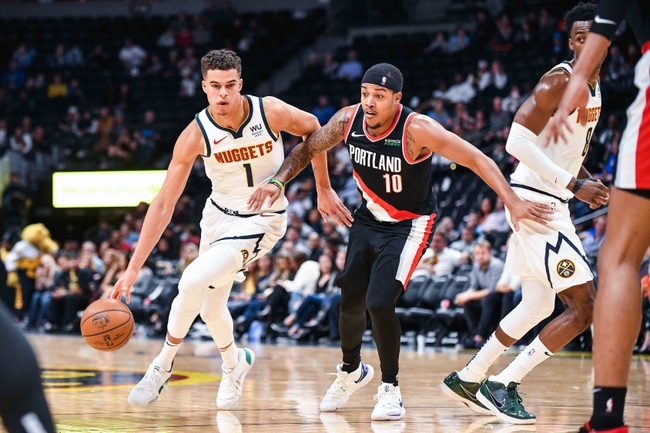 The Denver Nuggets are set to visit Moda Center in Portland, Oregon for a Western Conference clash against the Portland Trail Blazers. The Denver Nuggets will be looking to continue their success from the 2018-2019 season as they went 54-28 which landed them at 2nd place in the Western Conference as well as earned them a playoff appearance. The Denver Nuggets will return their top player from a season ago in Nikola Jokic who averaged 20.1 PPG, 10.8 RPG, and 7.3 APG. Starting PG Jamal Murray is looking to contribute a fair amount for the Nuggets, and he should be able to resemble that success after averaging 18.2 PPG last season.

The Portland Trail Blazers will be looking to continue their success from the 2018-2019 season as they went 53-29 which landed them at 3rd place in the Western Conference as well as earned them a playoff appearance. The Portland Trail Blazers have one of the best backcourts in the NBA as Damian Lillard is the starting PG who averaged 25.8 PPG and 6.9 APG last season while C.J. McCollum averaged 21 PPG. The Trail Blazers added Hassan Whiteside in the offseason which should boost their interior as the big man averaged 12.3 PPG and 11.3 RPG with the Miami Heat.

These two teams were some of the top in the Western Conference last season, and I like the Portland Trail Blazers as an NBA title contender this year. The Trail Blazers have the best backcourt in the NBA, and they will consistently produce, but their additions will make them that much better. Portland will bring Kent Bazemore, Rodney Hood, and Pau Gasol off the bench, but they have a guy like Anfernee Simons who proved to be one of the best-undiscovered pieces in the NBA during the preseason. Portland will be jumping for the season opener, and they will edge out the Nuggets in a close game.