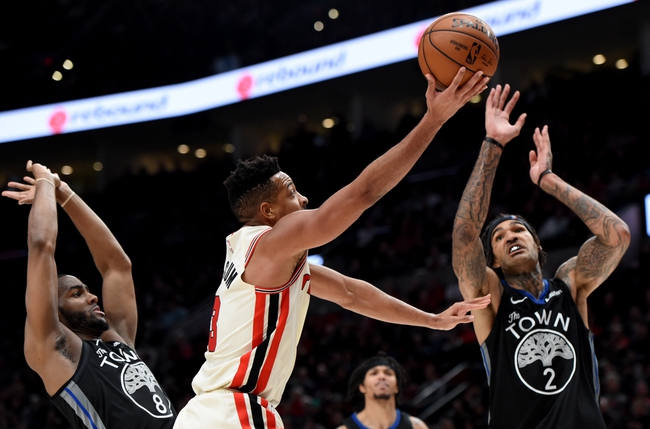 The Warriors were able to snap their 10 game losing skid by beating the Orlando Magic in the last game. The win for the Warriors was by a 109-95 score in what was a rare defensive showing for Golden State. The Warriors in the Pacific now have a 10-34 record on the season.

Portland is coming into the game here after getting a loss hung on them by the Oklahoma City Thunder in what ended up being a 119-106 loss. The Trail Blazers ended up posting an18-26 record on the year so far, but are still 12.5 games back from the Denver Nuggets on the year.

The Warriors are playing horrible on the year and while the Golden State team did get a win in their last game the Warriors were facing an already weak scoring offense in the Magic. The Warriors defense in this game is challenged more than they can handle and that leads to the Warriors rejoining their losig ways in this game. Final Score Prediction,  Portland Trail Blazers win 118-107.