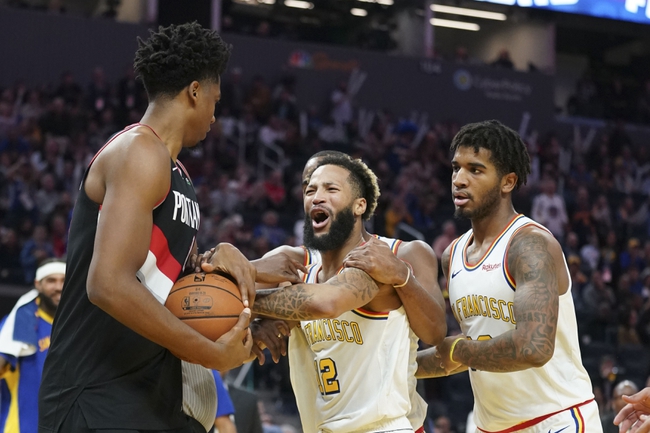 When it comes to scoring this year the Warriors have only managed to get 104.3 points a game scored on the year. Defensively the Warriors have allowed 113.7 points per game so far. The rebounding for the Golden State team has come to the tune of 42.9 boards a game and passing has seen the Warriors get 23.7 assist a game.

The Warriors are a shell of their former self The Warriors have struggled in scoring and to make matters worse the glaring holes in the defense from last year were not addressed at all this off season. The Trail Blazers are starting to make the proper moves to become a contender and those moves will pay off slowly, but facing a struggling Warriors team it is easy to see the Trail Blazers control the game from the start. Final Score Prediction, Portland Trail Blazers win and cover 122-101.

The pick in this article is the opinion of the writer, not a Sports Chat Place site consensus.
Previous Pick
Dallas Mavericks vs. Boston Celtics- 12/18/19 NBA, Odds, Picks & Prediction
Next Pick
Atlanta Hawks vs. Utah Jazz - 12/19/19 NBA Pick, Odds & Prediction