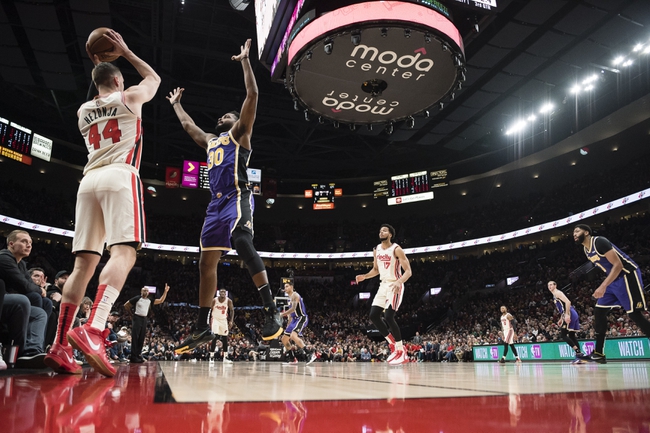 The Lakers are still 24-7 on the season and 14-3 on the record. The Lakers record is still good enough for first in the Western Conference. However, the Lakers may be in for more losses now with LeBron James questionable with a groin injury, and Anthony Davis, as well as Kyle Kuzma, are also dealing with injuries.

The Portland Trail Blazers are on a two-game losing streak, falling to the New Orleans Pelicans and the Utah Jazz in their losing streak.

The Trail Blazers are 14-18 on the season and have found themselves as a much better team after the signing of Carmelo Anthony and the return of Damian Lillard. The Blazers are in the top 11 in points per game, rebounds per game and points allowed per game, but are the lowest in assists per game as they need to pass the ball around much more. Anthony's addition to the team has been much more positive than negative, but it certainly has stifled ball movement.

Lakers are 0-6 ATS in their last six games overall.

Trail Blazers are 3-1-1 ATS in their last five home games.

Due to the injuries going on with the Los Angeles Lakers, this game is going to be a close one. If LeBron James is healthy, I think the Lakers win this game, and even if Anthony Davis is healthy, the Lakers will win. However, it would probably be smart for the Lakers to get their stars healthy so that it does not affect them in the long run. I think the Portland Trail Blazers win this one close. Final Score Prediction, Portland Trail Blazers win 112-109.