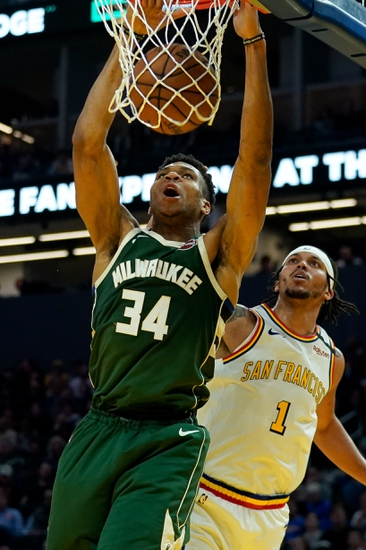 Bucks at Blazers +4.5 Click to Get Latest Betting Odds

The Milwaukee Bucks travel to the Moda Center to take on the Portland Trail Blazers. The Bucks come in off a win over the Golden State Warriors winning 107-98 to improve their record on the season to 33-6. The Blazers come lost on the road to the Timberwolves, losing 116-102 to fall to 16-23 on the year.

The Bucks boast the best offense in the NBA this season averaging 118.9 points per game while shooting a league best 47.9% from the field. Leading the Bucks offense is Giannis Antetokounmpo who leads the team in all three major categories with points, rebounds and assists with 30.2 points, 12.8 rebounds and 5.5 assists per game. Giannis won the MVP last season and is the favorite to go back to back this season. Another key contributor for the Bucks is Kris Middleton who averages 18.8 points per game while adding 5.7 rebounds per game and 4 assists.

The Blazers are one of the worst teams against the spread in the NBA this season with a 15-22-2 record ATS to start this season. The Bucks on the other hand have been a solid bet and lead the league with an average margin of victory of 11.8 on the season and bring in a 21-18 record ATS. Final score prediction, the Bucks continue their run of dominance through the NBA this season and win and cover this game on the road.