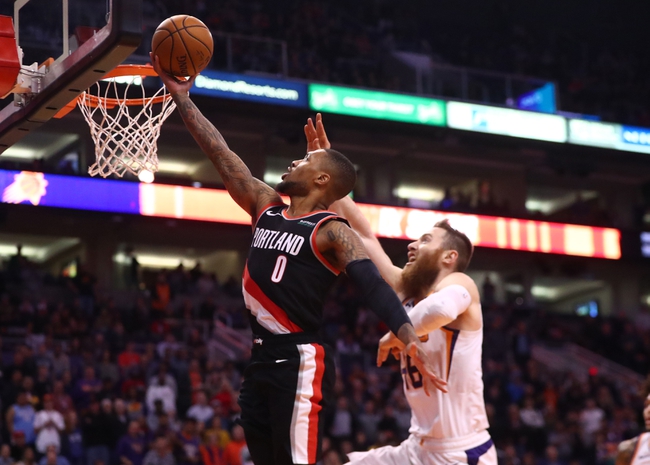 The Phoenix Suns go to Portland, Oregon to take on the Portland Trail Blazers on Monday at the Moda Center. The Suns are coming off of a win over the Sacramento Kings, snapping a seven-game losing streak Phoenix was on.

The Phoenix are 12-20 on the season, are third in the Pacific Division. The Suns are led by Devin Booker, who is averaging 24 points per game and are the best team in the NBA in assists and sixth in points per game. However, the Suns are dealing with their Center, Deandre Ayton, who was coming off a suspension is now injured.

The Portland Trail Blazers are back to their losing ways, with three straight losses, losing to the New Orleans Pelicans, Utah Jazz, and the Los Angeles Lakers in their losing streak.

The Trail Blazers are 14-19 on the season and have found themselves as a much better team after the signing of Carmelo Anthony and the return of Damian Lillard. The Blazers are in the top 11 in points per game, rebounds per game and points allowed per game, but are the lowest in assists per game as they need to pass the ball around much more. Anthony's addition to the team has been much more positive than negative, but it certainly has stifled ball movement.

The Phoenix Suns, despite their recent win, are still playing some of their worst basketball of the season. The Trail Blazers defeated the Suns by just one point in their first matchup this year, but are not playing their best basketball at the moment either and slipped back to their early season performances. I think being at home, in front of one of the best crowds in the NBA, the Portland Trail Blazers will win this one in yet another close game. Final Score Prediction, Portland Trail Blazers 120-116.