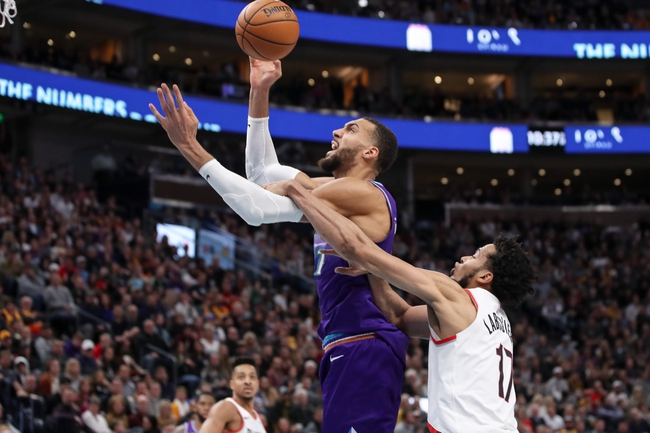 The Utah Jazz goes to Portland, Oregon to take on the Portland Trail Blazers on Saturday at the Moda Center. The Utah Jazz is coming off of a three-game losing streak, losing to the Houston Rockets, that loss snapped a four-game winning streak as well losing to the San Antonio Spurs and the Denver Nuggets in their last game.

The Utah Jazz is 32-16 on the season and is 14-12 on the road, finding it much harder to win away from their home arena. The Jazz is fourth in the Western Conference, but are just a game away from being tied with the Denver Nuggets and the Los Angeles Clippers for the second seed. The Jazz has a decent offense but has excelled on the defensive end, ranking sixth in the NBA in points allowed per game.

The Portland Trail Blazers are coming off of a two-game winning streak, defeating the Houston Rockets in their previous game as well as defeating the Indiana Pacers, both wins over current playoff teams.

The Portland Trail Blazers are 21-27 on the season and are attempting to rise up into that eighth spot into the Western Conference playoffs. With the way that Damian Lillard is playing, the Blazers certainly have a chance, but they need to strengthen their defense if they want a possibility of the playoffs.

This game is going to be a fun matchup as the Portland Trail Blazers' identity is through finding explosions on offense, whether that be consistently 20-point games out of Carmelo Anthony, or Damian Lillard Wild Nights of 50 to 60 points in a game. However, the Portland Trail Blazers are one of the worst defensive teams in all of the league, while the Utah Jazz finds it difficult to score a ton of points, but are one of the best defensive teams and all the league. I think that the defense wins out in this game, and the Utah Jazz wins this game very close. Final Score Prediction, Utah Jazz win 114 - 112.