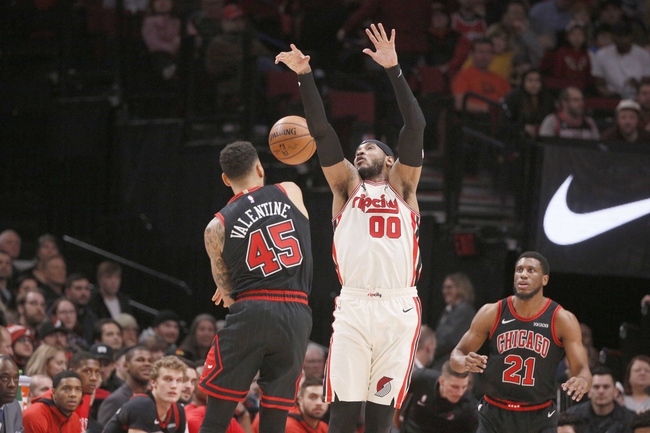 The Chicago Bulls go to Sacramento, California on Monday to take on the Sacramento Kings at the Golden 1 Center. The Bulls are not playing great this season, currently on a three-game losing streak. The Bulls lost to the Portland Trail Blazers most recently on Friday, giving up 28 points to Damian Lillard and Carmelo Anthony registered a double-double for himself.

The Bulls have a record of 6-14 and 12th in the Eastern Conference at the moment. Chicago is in the bottom five in points per game and in the bottom ten in rebounds and assists this season. This is a rebuilding year for Chicago, so not much is expected out of them, but there hasn’t been much encouraging play out of Chicago outside of their defense, which ranks 15th in points allowed.

The Kings are coming off of a three-point win over the Denver Nuggets in overtime thanks to Harrison Barnes’ 30 points and Buddy Hields’ 21 points performances. The Kings were without Marvin Bagley III and De’Aaron Fox who were out with injuries, but the Kings found a way to rally to beat a very good Nuggets side.

The Sacramento Kings have not been great this season after being picked by some to make the playoffs this season. The Kings are 8-10 on the season, and the injury to Bagley has hurt them this season. The season will be a test to see if the young players like Bagley and Fox can take the next step up and make Sacramento a playoff team.

Chicago is 8-12 ATS this season.
Bulls are 1-5 ATS in their last six after scoring 100 points or more in their previous game
Sacramento is 12-6 ATS this season.
Under is 4-0 in Kings last four games following an ATS win.

The Kings will not only be without Bagley, but Fox and Trevor Ariza will not be playing in this game and that really hurt the Kings’ chances here. Although the Bulls have not been a great team, they have more talent than what this Kings team will bring out. Buddy Hield will have a lot of pressure on him to carry this Kings team and I don’t think it will be enough. Final Score Prediction, Chicago Bulls win 104-98.